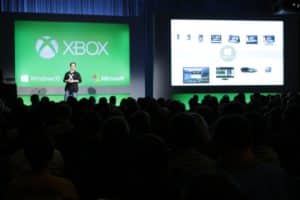 Phil Spencer, head of the Xbox brand and CEO of Microsoft’s gaming department, has declared himself skeptical regarding the metaverse and especially against games based on the play-to-earn concept.

Regarding the metaverse, Spencer explained that it is nothing new and that the technology has been around for more than 30 years. As a result, it could be said that Spencer does not see anything innovative, but at most, it is a comeback.

Spencer thus explained his views on the topic to the microphones of Bloomberg:

“My view on metaverse is that gamers have been in the metaverse for 30 years. When you’re playing games, these 3D shared worlds that people have been playing in for years and years, I think what we’ve found is that there’s more connection because we have a shared purpose”.

What Spencer is afraid of is that gamers may be confused by the concept of the metaverse because playing within this new virtual world certainly does not mean living in a video game.

Phil Spencer is not convinced by the idea of ​​a metaverse

Microsoft and Xbox are already in the metaverse

Despite the skepticism of Spencer and even Bill Gates – the latter recently speaking out against NFT and cryptocurrencies – Microsoft and even Xbox are actually working with metaverses and Non-Fungible Tokens.

Last January, in fact, Microsoft bought the video game company Activision Blizzard for about $69 billion, and at that time Microsoft stated that the acquisition would help accelerate the creation of a metaverse.

In addition, just a few months ago Microsoft invested in blockchain-based gaming, and to do so it subsidized Share Heroes, a shooter game set in space and especially one that takes advantage of the play-to-earn model.

Above all, what the Xbox chief is skeptical about is how play-to-earn works, which would go against the concept of the game:

“Play-to-earn specifically is something I’m cautious about. It creates a workforce out of players, for certain players to kind of monetize. I think sometimes it’s a hammer looking for a nail when these technologies come up”.

In any case, again during the interview with Bloomberg, Spencer said that in the future these technologies could hold some interesting surprises.

The video game industry is the largest in terms of revenue worldwide, even compared to the film and television industries combined.

And according to the latest data available, the blockchain-based gaming market was already worth $3 billion in 2021.

It is projected to grow to $39.5 billion by 2025. More than 1.6 million players worldwide try their hand at some blockchain-based games, such as the popular play-to-earn Axie Infinity.

According to a report by DappRadar, as of January 2022, there were already 398 games on blockchain, a 92% growth from the previous year.

The post Xbox: company’s executives skeptical of the metaverse appeared first on cryptodailynews24.com.