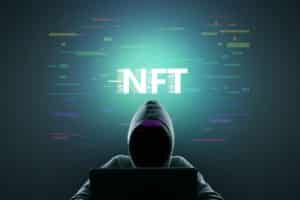 For Elliptic Enterprise, Tornado Cash was also a laundering tool for NFT scams before being sanctioned by the US.

Elliptic Enterprise, a blockchain analytics company, has reportedly released its report regarding Tornado Cash, stating that the cryptocurrency mixer was already a laundering tool for NFT scams before the ban and requests for sanctions by the US.

Tornado Cash was “the laundering tool of choice’' for NFT scams before being sanctioned, Elliptic said in a new report https://t.co/Oxc1FXyhU2

Tornado Cash was “the laundering tool of choice’’ for NFT scams before being sanctioned, Elliptic said in a new report

The report, in fact, stated as follows:

“Tornado Cash was the source of $137.6 million in cryptoassets processed by NFT marketplaces and the laundering tool of choice for 52% of the proceeds of NFT scams before being sanctioned.”

Earlier this month, Tornado Cash was blacklisted by the U.S. Treasury Department for allegedly laundering more than $7 billion in cryptocurrency.

Not only that, but OFAC also sanctioned criminal penalties for anyone interacting with Ethereum wallet addresses associated with the virtual currency mixer.

Something that is not clear to everyone, such as Minnesota Congressman Tom Emmer, who recently reportedly officially asked the Secretary of the Treasury for answers regarding this legal action against Tornado Cash.

Emmer reportedly sent an open letter to Secretary Janet Yellen, asking for an explanation of the sanctions on the cryptocurrency mixer.

The arrest in the Netherlands of the cryptocurrency mixer’s developer

Not even a week after news of the U.S. ban on Tornado Cash broke in Amsterdam, Dutch authorities arrested the 29-year-old alleged developer of the platform.

The Fiscal Information and Investigation Service (FIOD) of the Netherlands had been investigating Tornado Cash since June 2022, accused of both money laundering and concealing large-scale criminal money flows, such as online cryptocurrency thefts.

Alexey Pertsev was punished a week after his arrest for creating a tool to commit criminal acts.