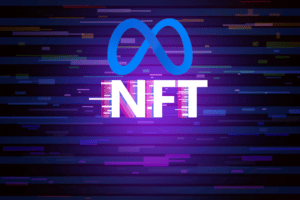 Finally, after numerous tests, Meta has announced that users will be able to post NFTs to their social profiles.

To do so, they will simply connect their digital wallet and choose the digital collectible they want to share with their community.

Connect your digital wallet to either app and start sharing your #NFTs today.

Currently, the supported blockchains are Ethereum, Polygon, and Flow. The wallets that will be able to interact with this new feature, however, are MetaMask, Coinbase Wallet, Rainbow, Trust Wallet, and Dapper Wallet.

Soon, the Solana blockchain will also be added, resulting in the implementation of the Phantom wallet.

Among the most interesting features is the ability to automatically tag the creator and owner of the NFT. This, of course, if the user’s privacy settings allow it.

Certainly, there will be rare cases when the creator will not allow it, as it is their right not to do so.

In addition, Meta has decided not to impose any additional fees on Non-Fungible Token sharing activities.

This choice represents an important turning point because it reduces the barriers to entry and facilitates access to this new world, especially for less experienced users.

Initial testing and Meta’s continued expansion into the NFT market

Initially, this feature was enabled only for a select and small number of U.S. creators and collectors. The goal, as with all new projects, was to conduct the necessary testing before opening the doors to the entire market.

Among them, @maliha_z_art expresses pleasure at being selected as one of the test accounts:

“I feel excited to be able to share my NFT journey with the community I’ve been cultivating on IG for over ten years! I love how this new feature will let collectors trace the art back to the artist and be a part of the community that they have been building on IG for so long. I also love how it bridges my traditional art community and the Women Rise NFT community.”

On August 4, however, the international expansion to 100 countries, covering almost the entire globe, began. The areas chosen, in fact, are Africa, the Middle East, Asia-Pacific, Canada, the United States, and South America.

Social networks accelerate the expansion of the NFT industry

Meta, considering both Instagram and Facebook, boasts of more than 3 billion users. This means that, potentially, this new implementation could bring the NFT industry to mass adoption sooner than previously thought.

Moreover, it is no coincidence that Meta decided to launch this new feature, given the path it has taken in expanding into the metaverse and the world of digital assets.

Major competitors, however, have not hesitated a second to make the same choice. Indeed, some are even further ahead in testing, and all are trying to outrun the others to secure a large market share in this fast-growing sector.

Twitter, for some months already, has introduced the possibility of using one’s NFT as a profile picture.

Reddit, on the other hand, has even created a special portal, called “Reddit Avatar Builder,” where users can create an avatar and mint it, eventually, in NFT format.

Suffice it to say that the first four digital avatars they created, belonging to the “CryptoSnoos” collection, were sold for a record $1,627,500.

Finally, the world’s most popular social forum has launched a marketplace of NFT avatars on the Polygon blockchain, which, as in the case of Twitter, can be used as profile images.

The latest news at Horizon

Vivek Sharma, vice president of Meta’s virtual reality platform, the main gateway to the metaverse, is leaving the project for a new opportunity.

Sharma was in charge of developing the persistent and immersive virtual environment, accessible primarily through the company’s Oculus devices. The farewell comes after harsh criticism in recent days of the graphical quality of Horizon’s world.