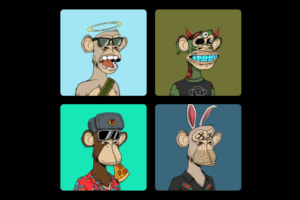 The Bored Apes Yacht Club‘s NFT collection has surpassed 2.4 billion total sales, or more accurately 657.2 thousand Ethereum (ETH) maybe also thanks to the hype around the performace at the MTV’s 2022 Video Music Awards (VMAs) by Snoop Dogg and Eminem.

Only at the end of July, Bored Apes had exceeded 1 billion in total sales, and now in just one month, these numbers have doubled.

The latest news on Bored Apes

In addition to the many stars who bought BAYCs and supported the project, in early July Timbaland, a famous U.S. record producer, rapper, and songwriter, launched his new video “Has a Meaning” starring the Bored Apes.

Perhaps because of this, the CryptoPunks collection a few weeks ago had managed to surpass the floor price of Bored Apes. Currently, however, the ranking has reversed again, with BAYCs leading the way with a floor price of 72.50 Ethereum.

Meanwhile, Rarible’s marketplace has announced that it will build a zero-fee platform for NFTs in the collection. To take advantage of this benefit, however, users will have to exchange their BAYCs in APE tokens or ETH.

The most popular NFT collection ever goes on MTV

In addition, during MTV’s 2022 Video Music Awards (VMAs), Snoop Dogg and Eminem will perform the song “From the D 2 the LBC” both on stage at the event and on Otherside, the metaverse created by Yuga Labs. According to MTV’s data, the audience that typically follows the show each year exceeds 1 billion, precisely with 1.33 billion ratings in 2021.

VMApes this Sunday — We're glad to support @SnoopDogg & @Eminem who will be performing their new single featuring their Apes and @OthersideMeta. https://t.co/Gly7uRup7G