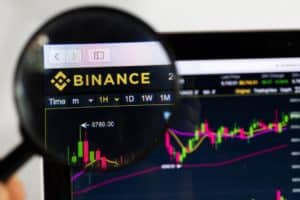 The industry’s largest cryptocurrency exchange, Binance, is increasingly working with country governments to provide its input on cryptocurrencies.

This time it was the Philippines’ turn: Binance participated in the Senate hearing to advise on cryptocurrency guidelines and regulations.

#Binance joined a Senate hearing in the Philippines to advise on #cryptocurrency policies & guidelines.

“Binance joined a Senate hearing in the Philippines to advise on cryptocurrency policies & guidelines.”

Basically, both Binance and FinTech Alliance Philippines were present at the Philippine Senate hearing, along with the Committee on Banking, Financial Institutions and Currencies preceded by Senator Mark A. Villar, the Security Exchange Commission [SEC], the Bangko Sentral ng Pilipinas [BSP] and the Cagayan Economic Zone Authority [CEZA].

Among the topics of discussion could not miss cryptocurrency and fintech, with the Philippine government seemingly working to, on the one hand, formulate laws that do not hinder innovation and, on the other hand, center on consumer protection that remains its priority.

In this regard, Stern said:

“We strongly believe that the crypto industry can greatly benefit the Filipino people through addressing the necessity of financial inclusion through digitalization. 78% of Filipinos remain unbanked, but crypto can help decrease that number as crypto asset holders will soon surpass the number of credit card holders in the country.”

The relationship between Philippine and cryptocurrencies, the exchange giant comes to the rescue

At the moment, Binance is not officially authorized to operate as an exchange in the country, but despite this, it is participating and working with the Philippine SEC to improve this position.

But what it’s doing in the Philippines seems to go beyond these efforts to comply with the rules of the various countries in which the exchange currently operates.

After entering into a partnership agreement with the University of Manila to organize training courses on cryptocurrencies and trading the digital asset markets, it is now working with the country’s Senate to arrive at a clear set of regulations that can function as a guideline for those operating in the territory.

In addition, Binance has been actively working for some time to obtain authorizations to operate in many countries, both European and non-European. Most recently, it has obtained registration on the financial companies register in France, Italy, and Bahrain.

The Philippines has long been regarded as one of the most crypto-friendly countries, to the point that, according to CNN, Bitcoin and other digital assets may soon land on the local stock exchange, trading on which was legalized in 2018.

The new partnership with Mastercard

If getting accepted by governments is still a not-so-easy mission for Binance, at the financial and commercial level, on the other hand, everything seems to be flowing more smoothly.

Such as its new partnership with payments giant Mastercard, created to enable purchases in more than 90 million stores.

In fact, the purpose of this Binance-Mastercard partnership would like to allow cryptocurrency holders to use them in all of the more than 90 million stores scattered around the world that accept Mastercard.

The project will start in Argentina, where the national currency inflation is at 71% since the Argentine Peso (ARS) has been in free fall for some time now.