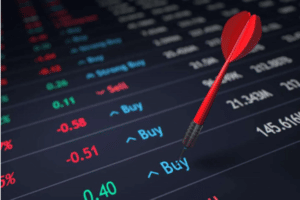 Some premonitory signs of a bullish stock market are appearing. The ratio of the VIX index to the VXV shows a definite figure along with the S&P 500, which continues to close positive.

What the relationship between the VIX index and VXV shows

The VIX index, which measures market volatility and in a sense the “fear” of investors, has declined for eight consecutive weeks, the longest series in three years. It shows, therefore, a clear optimistic sentiment, but it is even more useful to analyze the VIX/VXV ratio. The VIX is the 1-month implied volatility, while the VXV is the 3-month implied volatility. Usually the former is lower than the latter because the longer the time horizon, the greater the uncertainty.

What is now the VIX/VXV ratio? The resulting value is 0.84, but it should be interpreted according to these thresholds:

The ratio of the VIX and VXV indexes at 0.84 is therefore very positive and could anticipate a bullish trend with a running S&P 500.

Interestingly, in the first week of August, there was a noticeable increase in investment transactions in U.S. equity funds. Investors thought the Federal Reserve would contain interest rate increases and rushed to pour $4.21 billion into their investment funds, contributing to the largest weekly inflow since June 22. Inflows of $7.6 billion poured into the funds of large-cap companies, again the highest amount since May 25. What does this mean? It is the most obvious result of a bullish sentiment that rose from 31.6% to 32.2%, for a difference of 1.6% points.

As is logical, bearish sentiment decreased by 2.2 points to 36.7%. It remains above its historical average of 30.5%, but the sensitive historical period, the energy crisis, and political and economic instability in many countries must be considered. Therefore, we await the upcoming FED decisions to observe any changes in the VIX and VXV indices, investments, and bullish and bearish sentiment.

With the August bank holiday, the S&P 500 can celebrate the closing of its fourth consecutive up week, the longest series since last November. Just three days earlier, on Friday, August 12, the index had also reached another significant milestone: it had finally recovered half of the losses suffered earlier this year. Credit goes to confidence in the Fed, 88% of stocks traded above the 50-day moving average (they were only 2 percent in June), and the latest upward closing. After a brief slide below 4,325 points, it quickly rose again and settled at 4,290, eventually closing at 4,305 on August 16.

It should be remembered that an S&P 500 index could drag Bitcoin up as well: the stocks are historically linked and when one rises, the other follows closely. Add to this the fact that in the near future the available Bitcoins will run out, and it is easy to imagine a new “run” of cryptocurrencies, which some say could reach and perhaps even exceed $100,000.

However, before placing investments, it is wise to wait for some clue as to what decisions will be made by the Federal Reserve. If measures are approved that can curb the rise in interest rates, it will be crucial to watch the movements of the S&P500 and how the VIX/VXV ratio will change.

*This article has been paid. cryptodailynews24.com didn’t write the article nor has tested the platform.

The post Premonitory signs of a bullish market, what does the VIX index show? appeared first on cryptodailynews24.com.