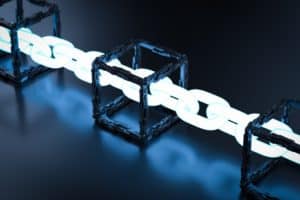 A WSJ report explains how traditional banks, despite not yet embracing cryptocurrencies, are nonetheless using blockchain technology for their operations.

Banks and Blockchain, between traditional finance and DeFi

“It’s worse than tulip bulbs. It’s not going to end well. Someone is going to get killed.”

The statement refers to the 17th-century Dutch tulip market bubble.

Lloyd Blankfein, Senior Chairman of Goldman Sachs, had, in turn, echoed him, saying:

“Something that moves 20% [overnight] does not look like a currency. It is a vehicle for perpetrating fraud.”

This represents well what was the general opinion of the big investment banks toward cryptocurrencies, which were considered to be a scam or otherwise a purely speculative and transient phenomenon.

This opinion has changed over time, and now the banks, although they always look at the world of cryptocurrencies with some suspicion, have nonetheless changed their attitude. But what, however, seems not to have changed is the propensity of the banks themselves to look with increasing interest at the technology behind cryptocurrencies, namely Blockchain.

In a very recent report, the Wall Street Journal explained how major investment banks are turning to blockchain to evolve their services and make transactions faster and cheaper, and more secure. From what we can tell according to the report, payments are the first and foremost use case of blockchain for banking and finance.

When it comes to blockchain finance, Central and Commercial Banks around the world are now leveraging this new technology in terms of payment processing and potential issuance of their own digital currencies.

Blockchain enables faster and more transparent and straightforward transactions, which is why banks are increasingly implementing this technology in their payment systems.

Banks are getting closer and closer to the blockchain

The benefits and potential of blockchain

But Blockchain is becoming widely used, even experimentally in the traditional stock exchange process, which often requires lengthy procedures to complete. However, the decentralized nature of blockchain technology in banking can remove all those unnecessary intermediaries and allow trading to be carried out on computers around the world.

No more dedicated servers joined in an interconnected network. Not to mention everything related to the customer identification process. Blockchain could, in fact, be a very important resource for banks to reduce costs related to human error and bureaucracy. Some, by the way, wonder why it was not adopted earlier than traditional banking.

“I think what’s interesting is that it’s actually not a, why are they doing this now? It’s more sort of a, why are they still doing it? They’ve actually been on this path for several years now. They’ve been experimenting with blockchains, with the technology, and the concepts that are behind Bitcoin and other cryptocurrencies. The main reason they’re doing this is because it offers potentially a benefit to their business.”

Also according to the lengthy and detailed report by the U.S. business newspaper, the bank that seems to be focusing the most on blockchain technology so far has been Goldman Sachs, but J.P. Morgan and Fidelity also seem to be betting heavily on implementing the technology to their processes.

Most major banks and financial institutions have some sort of group dedicated to digital assets, working to figure out how to use the technology.

J.P. Morgan, for example, which is specifically mentioned by Vigna in his article, has a platform based on blockchain concepts called Onyx, which they have been using for a couple of years now. They also have a small desk department that is doing real transactions, which reportedly has already processed $350 billion worth of transactions.

Goldman Sachs, on the other hand, has reportedly issued some bonds through the blockchain, up to $200 million with the European Investment Bank.