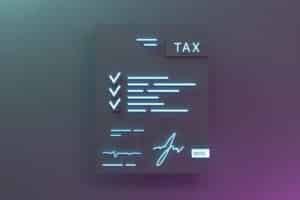 No declaration in the Rw framework for cryptocurrency income

The Italian Revenue Agency in a circular clarifies doubts regarding the income tax return from cryptocurrency, in case the platform is Italian.

The tax return from cryptocurrency income in Italy

Taxation on profits from cryptocurrency trading

From a regulatory and especially fiscal point of view, there is still some confusion or at least a lack of clarity on what is the methodology for income tax return in regards to cryptocurrency trading.

The Revenue Agency with Notice 956-448/2022 seems to have clarified at least one point about the declaration of the Rw form. Regarding investments abroad, it was thought it should also cover those in cryptocurrencies, but the agency clarified that if the investments are made through an Italian platform there is no obligation to fill out the Rw form.

At present, as many accountants explain, the tax framework applied to cryptocurrencies derives more from interpretations of practice, supported by some jurisprudential backing, which, however, can hardly be confirmed by jurisprudential rules, lacking precisely a precise and clear regulation of the cryptocurrency market.

The current tax status in Italy in the world of cryptocurrency

The Revenue Agency, with Resolution 72/E/2016, supported by the EU Court of Justice ruling Case C-264/14 of October 22, 2015, decided to assimilate cryptocurrencies to foreign currencies. But this interpretation, as seen, has been subjected to precise and clear exceptions that undermine the taxpayer’s clarity, creating difficulties in completing the income tax return from digital currencies.

Simplifying, according to the 2016 resolution, capital gains from the forward sale of cryptocurrencies constitute miscellaneous income of a financial nature, subject to a 26% substitute tax, if the amount held by the taxpayer exceeds the amount of 51,645.69 euros for seven continuous business days during the year. Again, needless to say, confusion reigns supreme in the taxpayer and leaves room and scope for different interpretations regarding the difficulty of calculating the average holding in one’s digital wallet.

This new circular from the tax agency seeks to put a modicum of clarity to a matter that continues to remain shrouded in the maze of subjective interpretation since it becomes very difficult to calculate a digital currency in the same way as a foreign income. But until a regulatory framework is finally transposed, not only at the Italian level but at the EU level, everything will continue to be very nebulous and questionable from both a regulatory and a tax perspective.

The post No declaration in the Rw framework for cryptocurrency income appeared first on cryptodailynews24.com.