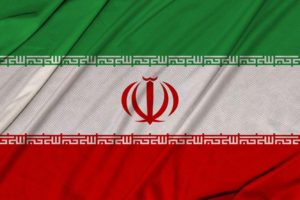 After the government in Iran decided a few days ago that imports can be paid for in cryptocurrencies, the importers’ association is pushing for a more precise and stringent cryptocurrency regulatory framework.

These new rules are expected to arrive in late September 2022, according to an Iranian government official.

Iran’s cryptocurrency regulation is expected to be quite friendly toward the sector, and the official Alireza Peymanpak, Deputy Minister of the Ministry of Industry, Mines and Trade, in fact, explained that the use of smart contracts and cryptocurrencies will become widely used in commerce.

“The use of cryptocurrencies and smart contracts will be widespread in foreign trade with target countries.”

To do this, therefore, requires clear and, above all, stable regulation on cryptocurrencies that does not change every month.

“The main question is whether the Iranian government has fixed rules for the use of cryptocurrencies that will not change for several months, and in the meantime, businesses active in this digital field will not be harmed.“

As mentioned, just a few days ago in Iran the first import paid for in cryptocurrency – it was not specified which cryptocurrency was used – worth $10 million was made official.

This marked the first step in circumventing sanctions imposed on the country by the U.S.

Back in 2019, Iran had already made mining legal and strictly regulated it. Currently, there appear to be as many as 118 Bitcoin mining companies in the country.

Then, in January 2020, Iran granted more than 1,000 licenses to do mining, with iMiner being the largest company to operate a mining farm in the country in May 2020.

Kraken and the problems in Iran

Meanwhile, in late July, the popular exchange Kraken was under investigation for a violation of sanctions imposed in Iran.

Specifically, Kraken was reportedly under investigation for allowing the transfer of digital currencies into Iran, despite sanctions imposed by the U.S. government preventing it.