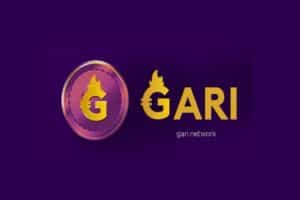 Creator Cuts has the goal to help creators have new sources of earnings but also a new way to be connected with their community.

Buyers of these NFTs will get 10% reward of the daily income earned by the creator on the engagement they receive on their videos on the Chingari app.

The marketplace has fixed prices in GARI token, and not in the form of auction: in fact, a unique price will be given to each video depending on the activity of the creator on social app. These NFTs can then be bought by anyone, or Chingari users but also non-user.

“At Chingari, empowering and enabling creators to engage effectively and intrinsically with their community has been the cornerstone of our success since our inception. We believe in the immense potential of the Creator Economy and are wholly committed to its growth and democratisation across the spectrum. Towards this, we are always innovating and creating unique programs and propositions which lie at the cross-section of popular culture, ecosystem growth and our business priorities. The introduction of Creator Cuts is one such unique initiative which empowers the creators as well as the community to not only form deeper connections but also grow together in the truest sense of the term.”

Chingari also has a token called GARI, which enables short-form video creators to monetize their content on the Blockchain with the GARI token. Gari token has received great enthusiasm from the community with almost 1.1 million GARI holders in a record time of just 6 months from launch. With this growth rate, we are expecting the active wallet users to reach 1 million in the next three months. GARI token has become the top 2 projects on the Solana blockchain in terms of the number of holders.

In fact, Chingari has 130M+ users across the world, and witnesses videos in 15+ languages with over 5 million daily active users.