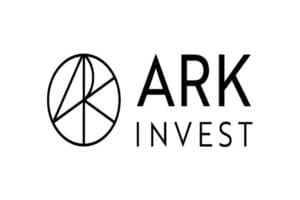 The ARK Next Generation Internet ETF (ARKW) is down 54% from last year’s closing value.

Cathie Wood’s ETF is on the decline

This is an actively managed ETF that also includes GBTC (Grayscale Bitcoin Trust), as well as Tesla, Coinbase, Block, Zoom, Shopify, and other stocks.

So as of March 2021, the excellent performance of Ark’s ETFs came to a halt, and as of November, they moved sharply into negative territory, along with that of the underlying equities.

Actually, for example, the Nasdaq in some ways also made a similar trajectory, albeit with some differences.

In fact, between March 2020 and February 2021 the Nasdaq 100 index grew “only” 99%, and then continued to rise until November 2021 registering an overall +140% since March 2020, but when the speculative bubble burst, Ark ETFs were affected in much the same way.

However starting in mid-June the Nasdaq tried a rebound, with a +22% until mid-August followed by a relatively small descent, ARKK on the other hand only continued to lateralize down.

In other words, the momentum that blew up the value of these ETFs during 2020 first ran out, and then even imploded, so that the current values of ARKK and ARKW are back in line even with those of 2018. The Nasdaq 100 index, on the other hand, right now is +70% above its October 2018 values.

The fact that historical returns especially of ARKK deviate so far from those of the Nasdaq 100 index suggests that the ETF may have been subject to overly optimistic expectations in 2020, which led it to take off beyond measure thanks to a likely speculative bubble. Once this whirlwind growth was exhausted, attention to it waned, and when the speculative bubble burst, a kind of general stampede ensued.

However, it should not be forgotten that pure speculators like such volatile assets very much, because they potentially allow significant gains in a relatively short time. Therefore, it is not certain that a similar pattern may not occur again in the future.

In particular, the timing suggests that it may have been the Fed’s ultra-expansive monetary policy that triggered this speculative bubble, and it is highly unlikely that the U.S. central bank will not repeat similar initiatives in the future.

The post Cathie Wood’s ETF ARK with Bitcoin halved since the start of the year appeared first on cryptodailynews24.com.