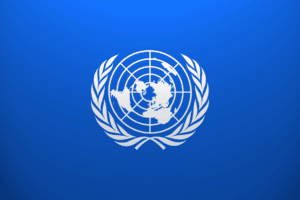 UN: “monitoring the use of cryptography can make the Internet safer”

UN executive Ghada Waly spoke about crypto at the World Economic Forum, saying that “monitoring the use of cryptography can make the Internet more secure”.

UN: Ghada Waly sees the monitoring of cryptography helpful in safeguarding the Internet

Ghada Waly, executive director of the United Nations Office on Drugs and Crime, spoke at the World Economic Forum yesterday, saying that “monitoring cryptography can make the Internet safer”.

United Nations executive says monitoring how #crypto is used can safeguard the future of the internet.

“JUST IN: United Nations executive says monitoring how crypto is used can safeguard the future of the internet”.

Waly focused his talk on the importance of the ways in which digital assets are used illegally, so as to understand how they are exploited.

“There’s an element of capacity building and national regulation but there’s also investigation collecting evidence. There’s this whole story of cryptocurrencies and how some users on the internet utilize them in an illegal form. These are small interventions where a lot of investment needs to happen in infrastructure in capacity building in the cyber security space”.

Basically, the focus should first be on controlling the use of cryptocurrencies at the national level.

Cryptography for illegal use: the case of Tornado Cash

Waly referred to cryptography and cryptocurrencies for use in illegal activities such as money laundering and theft.

In this regard, the recent case of Tornado Cash, the crypto-mixer that was blacklisted by the US Treasury Department in early August for allegedly laundering more than $7 billion in crypto.

Specifically, the Office of Foreign Assets Control (OFAC) allegedly sanctioned Tornado Cash for being used to steal $455 million by the state-sponsored Democratic People’s Republic of Korea (DPRK) hacker group Lazarus Group. In addition, the platform was used to launder another $96 million in funds from malicious cyber actors.

Soon after, the Dutch agency arrested Tornado Cash developer Alexey Pertsev and punished him for creating a tool to commit criminal acts.

The post UN: “monitoring the use of cryptography can make the Internet safer” appeared first on cryptodailynews24.com.