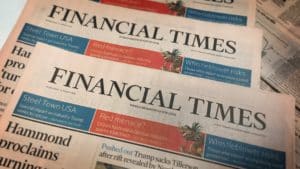 Financial Times accuses CEO of Celsius of contributing to the bankruptcy

According to reports in the Financial Times, Alex Mashinsky, Ceo of Celsius, allegedly personally took over some trading decisions that were deemed questionable to say the least, such as selling hundreds of millions worth of Bitcoin in a single day.

The choice by the company’s controversial CEO was reportedly made in anticipation of a January 2022 meeting of the US Federal Reserve, which convinced him of the need to sell Bitcoin. Convinced by the Fed’s decision to raise rates, which he thought would lead to a collapse in cryptocurrency prices, he ordered the trading team to sell Bitcoin worth hundreds of millions of dollars.

A member of the trading team, who preferred to remain anonymous, told the Financial Times:

“He had a high conviction of how bad the market could move south. He wanted us to start cutting risk however Celsius could”.

The result of Mashinsky’s decision was that Celsius had to buy back Bitcoin the next day, recording a $50 million loss. His business decisions would have been based on his knowledge and intuition, without the guidance of the team of experts the company employs.

Mashinsky’s approach to running the company at the time allegedly caused internal clashes with Frank van Etten, Chief Investment Officer of Celsius, who had to leave the company in February.

In addition, also reported by the British newspaper, Celsius’ CEO allegedly blocked sales of cryptocurrency-related investment vehicles such as GBTS shares, a financial vehicle that allows investors to trade shares in trusts that hold pools of Bitcoin. According to the FT, Celsius could have reduced its losses in GBTC as early as September last year, but Mashinsky reportedly refused to follow the advice of its experts. This decision then resulted in losses for the company of more than $100 million in April 2022, just weeks before the cryptocurrency lending specialist collapsed.

The company’s CEO reportedly acknowledged in July, when Celsius had to file for bankruptcy, that the company had grown too fast that it was not able to make overly thoughtful trading choices, which would then result in some poor trading decisions that led to large losses.

In addition, according to some sources, Mashinsky is also accused of leaking false information regarding the company’s soundness and the safe funds of its clients, well aware of the now inevitable bankruptcy.

The post Financial Times accuses CEO of Celsius of contributing to the bankruptcy appeared first on cryptodailynews24.com.