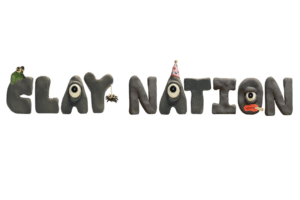 Cardano: Snoop Dogg and son together with Clay Nation NFTs

This was made official by the project itself, which also revealed the tasks planned for Cordell Broadus, aka Champ Medici.

We're taking our relationship with @champmedici up a notch

“We’re taking our relationship with @champmedici up a notch. Champ will work closely with our team to build strategic partnerships; helping us push Clay Nation forward and reach new audiences”.

During May, Clay Nation was a guest on the Cardano NFT Column on cryptodailynews24.com, describing the project and future visions. Lenna and Issy are the co-founders of the project, which launched in April 2021 and involves clay, decentralized technologies, creativity and innovation.

Considering that Lenna previously worked for IOHK, here is the choice to remain in the Cardano Community also with an NFT project from its early days.

Not only that, the choice of the Cardano blockchain for the development of NFTs was also made from an ethical and sustainability perspective, as well as the opportunity it provides for artists to unleash their creativity.

Hence, the birth of Clay Nation and the first handmade generative NFTs on Cardano. The project was so popular that collaborations such as the one with Good Charlotte began, up to the current ones with Snoop Dogg and the Twitter Space together with Charles Hoskinson, and now the inclusion of Champ on the team.

Regarding the future vision of the project, Clay Nation described itself as a festival metaverse, a place to hang out, have fun, and be entertained, ready to implement more innovative community ideas and projects soon.