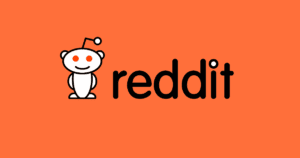 Reddit, the popular social network, has partnered with the FTX exchange to integrate payments through the FTX Pay app to enable its large community to be able to pay fees with it.

“The partnership features the integration of FTX Pay as a white-label payment and exchange solution to support users onboarding Community Points”,

reads a press release from the exchange on Tuesday, 9 August.

Reddit Community Points are a measure of individuals’ reputation in user communities.

Community Points can be found on the Arbitrum Nova blockchain. Integration with FTX Pay allows users to purchase the Ether cryptocurrency from supported Reddit apps, which can then be used to pay blockchain network fees for their on-chain Community Points transactions.

Reddit users need to have ETH in their wallets to make transactions with their Community Points on the blockchain, and FTX Pay allows them to pay the gas fees that are required to make the transactions.

“We’re excited to partner with Reddit to continue their work to empower online communities to harness the power of blockchain. FTX Pay’s payment and exchange infrastructure integrates with Reddit Community Points, making the customer experience a more seamless process”.

“We’re always working to empower communities and introduce new ways to use Reddit, and decentralized, self-sustaining blockchain technology allows us to do that. By working with FTX, we’re able to do this at scale”.

FTX, one of the fastest-growing exchanges in recent months, is becoming something of a champion in defense of the many companies in crisis since the collapse of Terra and the Three Arrows Capital fund.

He recently proposed an aid plan for all users stranded in the bankruptcy of Voyager digital, which had to file for bankruptcy when 3AC itself was unable to repay the interest on a $650 million loan.

According to some, this new partnership with Reddit may now represent an attempt to expand its user base even further outside the perimeter of crypto communities.

“Reddit has a large community”, Steven Goldfeder, CEO of Offchain Labs, the developer behind the company Arbitrum, said in a recent interview.

“How do you get a billion users on blockchain? It is by tapping into these existing communities and bringing them onto the blockchain”.

For its part, as the CEO of Offchain Labs explained nicely, Reddit is testing the possibility that these community points can become real tokens that can be used for other purposes as well.

It is not only Reddit that is launching Community Points. Others can tap into it.

For example, a game developer can go ahead and say:

“I’m starting a game and the currency in my game is these Reddit Community Points”,