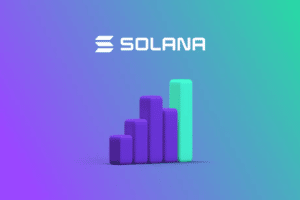 New report on the health of the Solana network

Solana Foundation, after a difficult few months in the markets for Solana, has released its latest report on the health of the blockchain, considered by many to be the Ethereum killer.

A Solana Foundation report on the health of the blockchain

After the numerous bugs on the network, a new health report arrives

Solana Foundation prepared the report to assess the health of the network, which in the past two years has had a real explosion but stopped suddenly in 2022, when Solana lost about 79% of its value.

The lengthy report begins this way:

“The Solana network is formed by a collection of individuals and entities that choose to run Solana validator software. Anyone in the world can view, download, modify the validator source code, and run the software to participate in the operation and security of the network. There is no single entity that controls how the network runs, or what kinds of applications or services can be built or used on top of the network. In this way, Solana is “permissionless”, meaning that nobody needs anyone’s permission to participate, develop, extend or use the network”.

The report focuses on the vast network of validators, consisting of 3,400 people scattered around the world. The nodes in the network are divided into two main categories: consensus nodes and RPC nodes.

Consensus nodes are central to the operation of the network by providing two essential functions: creating and proposing new blocks to the rest of the network and voting on the validity of new blocks proposed by other nodes in the network.

Remote Procedure Call (RPC) nodes are an application’s gateway to the Solana infrastructure. RPC node operators can offer APIs, indexing or other services to provide a convenient interface for users and applications to the Solana core network.

“Stake on Solana is relatively distributed among ASNs, with no one autonomous system hosting anything close to 33.3% of active stake”.

Analysis and findings of the report

The report analyzes the geographic distribution of network validators, where it turns out that Germany leads the way with 21%, followed by the US with just over 20% and then Ireland with 9.5% of validators.

Also included in the report is the geographic distribution of the competing blockchain network, Ethereum, where the ranking flips in comparison to Solana. In fact, as the first country in this case we find the United States with 45.2% of the miners (or validators), followed by Germany with 12.1%

As for the current status of the Solana blockchain network of validators, the foundation monitored more than half of the validators, 1,915 to be exact.

The report then goes on to explain:

“Stake on Solana is relatively distributed among ASNs, with no one autonomous system hosting anything close to 33.3% of active stake. The Solana Foundation continues to monitor this distribution over private data centers and encourages users to continue distributing their stake to a broader set of data centers”.

The Solana Foundation then verified that of the 1,915 validators covered by the analysis, 1,688 (88.14%) are operated by independent entities. The remaining 12% or so could also be independent of each other, but this was not verified by the foundation’s report.

The post New report on the health of the Solana network appeared first on cryptodailynews24.com.