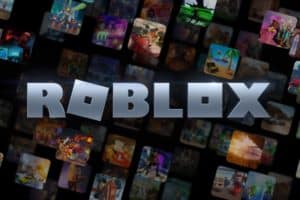 Excellent quarterly for Roblox, but subscriptions are down

Roblox, a gaming company founded by David Baszucki and Erik Cassel, has hit its targets in its latest quarterly report, earning revenues of $591.2 billion.

Roblox‘s free-to-play metaverse is booming, even though subscriptions this quarter were down 4%. It nailed Q2, grossing $591.2 billion with a 30% annual increase.

The ROBLOX token, with which one can trade within the metaverse, suffered a slight drop in trading, but the company, founded in 2004 and based in San Mateo, California, is gaining great acceptance among young Yankees.

Research has shown that the world of Roblox is particularly popular among 17- to 24-year-olds, and the company sees this trend growing for the next two years.

However, Roblox, which grossed revenues of nearly $600 million, sees its subscriptions declining by 4%, while free cash flow stood at $57.3 million.

On a yearly basis, the workforce significantly affected costs but without weighing them down, and instead generated profit.

The increase in headcount has been the vector for the increase in costs, but the trend will continue through 2023 inclusive according to what the company indicated in its letter of explanation on the recently released quarterly report.

The statements from the company: future prospects

In the explanation of the notes, this is what the company stated:

“We are now at peak numbers globally for users and hours, and in the US / Canada: the absolute level of users and hours of engagement in July surpassed those of any previous month even during the pandemic’s peak lockout periods. . With the exception of December 2020 and 2021, total global bookings in July were also at high monthly levels. We believe our recruiting brand has never been stronger and we believe we are constrained by the number of talented engineers that we can hire. As a result, we continued hiring aggressively in the second quarter and plan to do so for balance this year and probably 2023”.

The post Excellent quarterly for Roblox, but subscriptions are down appeared first on cryptodailynews24.com.