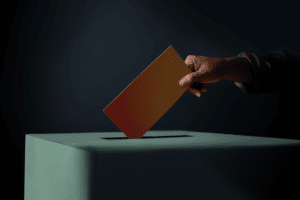 Brazil: voting could be done using blockchain in the future. But does it make sense?

Brazil’s Voting Authority (TSE) has publicly stated that voting could soon be possible in the country by using blockchain technology.

To be specific, the coordinator for infrastructure modernization, Celio Castro Wermerlinger, explained that Brazil is studying blockchain technology to see if it would be possible to use it for more transparent and decentralized voting. The research program is titled “Elections of the Future”.

An event organized by researcher Fernanda Soares Andrade was also held in Brazil on 29 July to discuss the possibilities of modernizing the country’s voting system. Carlos Mário Velloso, former president of TSE, also attended the conference.

The event was part of the 74th annual meeting of the Brazilian Society for the Progress of Science (SBPC), during which the book “Everything you always wanted to know about the Brazilian electronic voting machine” was also presented.

This was stated during the meeting:

“The TSE realized that it needed to engage in the computer age and put the human hand away from votes once and for all”.

Also speaking at the conference was Professor Avelino Zorzo, who outlined an overview of the evolution of the electoral system in Brazil going into the operation of electronic ballot boxes, showing that it would take more than a thousand years for a person, with the help of a powerful computer, to break just one of the dozens of cryptographic keys that the electronic voting system is equipped with.

The speech then explained how vote auditing and inspection works, from system development to the post-election phase, but also how in the future they want to use cryptography and blockchain more in order to have an increasingly better system for voting.

In Brazil, blockchain is being thought of as an innovative solution for voting

Blockchain has been talked about for years as a technology that could revolutionize the voting system, but for the time being it has not been widely adopted because there are still many problems related to anonymity and thus privacy, as well as being able to determine who is really entitled to vote.

Moreover, blockchain technology is unfortunately still not very well understood and lacks user-friendly applications for everyone to be able to use it for such an important activity. Thus, it could be a deterrent to easy voting.

Voatz and SecureVote for blockchain voting

There is a company that addresses this particular use case. It is Voatz, which has previously helped West Virginia citizens to vote using their cell phones during the 2018 ballot.

However, this project has been heavily criticized because of the security problems it may have, and, in fact, authorities have suspended its use in 2020.

The blockchain that Voatz uses leverages the HyperLedger platform created by IBM, so it is not a permissionless blockchain like Bitcoin.

A blockchain-based voting project has also been under consideration in Italy for some time. In fact, as early as 2018 the 5-Star Movement was talking about it, but no real official voting was held using these systems.

There is also another voting app: SecureVote. It is an Australian company for voting via the Internet on mobile devices.

Blockchain is certainly already being used for “less important” voting. For example, there are several polls created on Socios to vote for one’s favorite soccer team’s shirt or the background music of goals.

Recently, the FC Barcelona team conducted a vote on blockchain through Vocdoni’s platform (based on the Aragon DAO protocol) to elect the 30 representatives of the FCB Advisory Council, which is Barcelona’s governing board.

The press release dedicated to the initiative read:

“After completing a two-factor authentication via SMS, voters voted using blind signatures and received a proof of vote code. This process ensured that each vote was counted while maintaining voter anonymity”.

Other European organizations, including Omnium Cultural, have also used the voting platform for shareholder meetings and elections.

The post Brazil: voting could be done using blockchain in the future. But does it make sense? appeared first on cryptodailynews24.com.