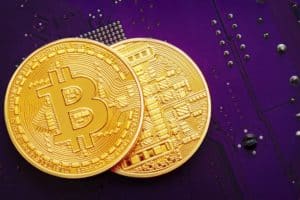 US: a proposal to ban cryptocurrencies from banks

In the United States of America, the campaign for the November Mid Term elections is beginning to ignite. One of the US politicians who has consistently come out against cryptocurrencies is Democratic Senator Elizabeth Warren, a former university law professor who has made consumer protection one of her main political battles.

In fact, she spearheaded the creation of the Consumer Financial Protection Bureau (CFPB), the federal agency that deals precisely with consumer protection in the financial sphere. In addition, she is chairman of the US Senate Banking Subcommittee on Economic Policy.

Warren has long had a grudge against Bitcoin and cryptocurrencies, and it is possible that she will focus part of her re-election campaign on these very issues.

Then again, 2022 from this point of view is a good year for those who want to ride the wave of disillusionment with cryptocurrencies, perhaps exploiting what bad things have happened recently to win some easy support.

In this regard, Bloomberg reports that Warren has sent her fellow senators a letter to persuade them to support her initiative to call for new regulations aimed at withdrawing authorizations for traditional financial services that provide crypto services.

Therefore, this is not an actual bill, but an attempt to bring together a group of US politicians in favor of proposing such legislation.

The fact that this initiative is being launched just a few months before the elections that will shape the new Senate suggests that it is probably just a propaganda move, because even if she were to succeed in getting a group of senators together, she would have no certainty that they would still be senators in 2023.

Bloomberg claims to have been able to read this letter, and reports that Warren would like the Office of the Comptroller of the Currency (OCC) to eliminate a number of interpretations dating back to the Trump era that paved the way for banks to offer crypto services.

Not coincidentally, Trump was a Republican, while Warren is a Democrat.

What is the goal of the anti-crypto proposal

Warren’s ultimate goal at this stage is merely to collect signatures in support of his initiative, and to send the letter countersigned by other senators to the acting head of the OCC, Michael Hsu.

However, Hsu, who is not a politician but a state official, said that he believes the OCC is already doing a good job, and that the US banking system at this time is not suffering from any particular problems.

Incidentally, Hsu was appointed by Biden’s Democratic administration, so he cannot really be called a Trumpian protecting decisions made by the previous administration.

Thus, the chances that Warren’s initiative could finally actually go through in practice, eventually banning cryptocurrencies from the US banking system, currently seem very low, if not negligible.

The post US: a proposal to ban cryptocurrencies from banks appeared first on cryptodailynews24.com.