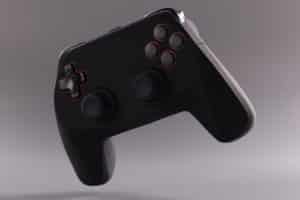 The best play-to-earn apps that pay for playing games

There are an increasing number of play-to-earn apps that allow users to be rewarded with cash prizes.

There are dozens of apps that pay users just to play or interact with them in some way. Which are the best ones that pay in cash or cryptocurrency for playing games, thus combining business with pleasure?

Certainly, these are small amounts of money that are not going to make anyone rich, but since they are predominantly aimed at a young audience, even a few euros can be useful for taking away a few small whims.

The first question many people ask is: why should an app pay users just to play games?

The answer is quite simple and relates to traffic to a site or app, which in turn generates returns in terms of sponsors and advertising.

That is why these apps have every interest in increasing their user base.

Swagbucks is one of the most popular money-making mobile apps available on the market today.

It is very popular in Britain, the US and Canada. It is a live quiz game that has only 10 questions and is free. The game is timed and lasts about 10 to 15 minutes and if you win, there is a chance to share $500 to $1000 with other winners.

Also very popular in the U.S., Canada, Britain and even Australia is Skillz, a mobile gaming platform that offers players the opportunity to make money online by competing against other players.

Another app that is also very popular is Big Time, which allows players to play a lot of games and earn money through tickets through which they can participate in periodic draws that occur automatically and allow them to obtain small cash rewards.

Lucktastic is an app that rewards its users as a kind of virtual scratch card. Each player can download a certain number of virtual tickets that can also win prizes of up to $10,000.

By accumulating points even without winning cash prizes, it is possible to convert them into gift certificates for Amazon, Restaurant.com and others.

Cashyy is a free game app downloadable from the Google Play Store for Android devices to play games, complete quests and participate in other simple activities.

You can earn either money, Amazon vouchers or Playstation gift cards.

Also popular is the BemyEye app, which pays money to perform missions for marketing and market research purposes. Each mission depending on the difficulty can pay from 0.5€ up to 10/12€.

Mistplay is an app available only for the Android operating system, while the iOS app is currently under development. Launched in 2017, it is considered one of the best apps that pay to play.

The platform provides a loyalty program that is used to reward players in the form of points. These points can later be redeemed for rewards such as gift cards and Steam credit. It is not possible, however, to redeem for cash rewards.

Rewardia is an Australian app that is quickly spreading around the world. It is highly regarded for the wide variety of games it offers on its platform.

It pays not only to play games but also to watch content or participate in surveys and resembles a social in this.

Inboxdollars is one of the first apps of its kind, having started in 2000 as a rewards program that pays its members cash to perform online activities, such as buying by receiving cash back, participating in surveys, and of course playing games.

Since its founding, the company said it has already paid about $80 million to its users.

Coin Pop and App Karma are two more interesting options for earning money, both of which are only available for Android for now, by downloading and playing the hundreds of games the two apps offer their users.

This is just a small list of some of the hundreds of apps that offer money or gift cards just for interacting with them, playing games or answering quizzes or surveys, and some, such as Sweatcoin, also pay their users just for walking.

There are also many apps, especially in recent years, that allow users to earn money in crypto

Featurepoints, for example, available for both Android and iOS, allows users to earn Bitcoin by downloading free apps, surveys, shopping online, and watching videos. SuperSatoshi allows you to do the exact same thing, also with Bitcoin, offering opportunities to also earn a small percentage on the people who are invited to sign up for the app. Crypto Pop is an app that allows users to earn only Ethereum by playing a game very similar to the very famous Candy Crush.

The spread of NFTs has certainly accelerated the development of this type of app, such as for example Stepn, which allows the owners of its NFTs, representing sneakers, to earn by walking. Staying with NFTs, also popular is MOBOX, a game that pays users by integrating NFTs, entertainment, and DeFi technology.

The post The best play-to-earn apps that pay for playing games appeared first on cryptodailynews24.com.