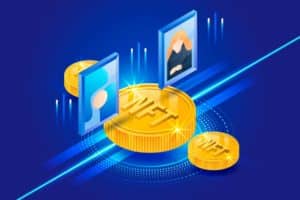 Meta expands into the NFT market

Meta announces the launch of the first NFT collections also for Facebook and the international expansion of NFTs on Instagram.

Two days ago, CEO of Meta Mark Zuckerberg announced that the company is beginning its international expansion of NFT support on Instagram. This decision comes after the initial test launch in May.

The news comes as a bit of a surprise, considering that the NFT market has literally been sinking since January, from about $12.6 billion in value to just over $1 billion in June. In early July, Meta’s CEO had also announced the first tests of NFTs on Facebook.

Mark Zuckerberg said Thursday that Instagram’s support for NFTs is expanding to more than 100 countries:

“The feature will allow artists, businesses and others in Africa, Asia-Pacific, the Middle East and the Americas to share NFTs on Instagram”.

In addition, Zuckerberg wrote in a Facebook post that he would create an NFT of his Little League baseball card:

“In honor of expanding digital collectible NFTs to 100 more countries on Instagram and launching new integrations with Coinbase and Dapper, I’m sharing my soon-to-be NFT old little league baseball card, which someone recently found and sent to me”.

In addition to plans to expand their own NFT collections, Meta also said they have added support for Coinbase Wallet and Dapper integrations.

The NFT capability that has been present on Instagram since May allows users to link a digital wallet, share NFTs, and automatically tag both a creator and a collector.

To do this, it is necessary to link a wallet to the social network, which for the time being supports Rainbow, MetaMask, Trust Wallet, and as of a few days also Coinbase Wallet and Dapper Wallet. Whereas the supported blockchains are Ethereum, Polygon, and Flow.

According to Meta, the expansion continues the path begun two years ago related to Web3 and Metaverse development, and is intended to allow artists to monetize their art on the social networks.

However, Meta’s move is hardly new in the social world, since Twitter launched profile images earlier this year.

The post Meta expands into the NFT market appeared first on cryptodailynews24.com.