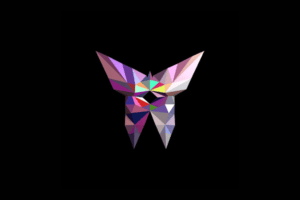 Italian artist Bruno Cerasi will exhibit one of his 12 butterflies from the Faded22/ project at an NFT group exhibition in New York, organized by Art Innovation Gallery.

The exhibition will be held from 5 to 11 September 2022 in a giant led wall in Times Square, one of the world’s most famous squares.

The Faded22/ collection is for sale on Foundation‘s marketplace and currently has a floor price of 2.21 Ethereum (ETH).

How the Faded22/ NFT project works

Faded22/ was born from the fact that his eyesight has been declining very slowly in recent times, and the project chronicles this.

Every month he gets an eye examination, to be more specific, the monitoring of his visual field. Through an algorithm, the response of the examination (consisting mainly of numbers and graphs) will be transformed into a digital butterfly. Its colors will be decided and generated by the numbers that come out of the examinations.

Each individual work thus becomes an NFT that makes up the collection of 12 butterflies, called precisely Faded22/.

In parallel, Cerasi has also launched a larger “Community Mint” collection where small butterflies can be mined for 0.015 ETH.

The butterfly has been Cerasi’s symbol since 2013, when he chose it to represent the overflow of information that surrounds us and the paradox of being so distant from each other.

Who is artist Bruno Cerasi

Bruno Cerasi, born in Bologna in 1983, lives and works in Roseto degli Abruzzi (TE). After completing scientific studies, he trained artistically at the Academy of Fine Arts in L’Aquila.

His artistic research underwent a profound change when in 2009 he had a stroke that took away part of his sight. From there he began to work with installations and spaces, abandoning painting and drawing, focusing on light and shadow and using them as the main elements of his artistic research.

Bruno has exhibited in solo and group shows and fairs, in Italy and abroad including at the NFT Metaforum event held in June in Lugano, Switzerland.