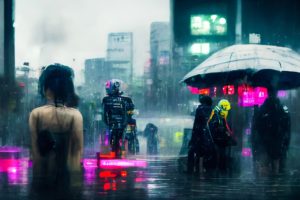 Vitalik Buterin speaks out on the future of the metaverse

In a tweet yesterday, Ethereum co-founder Vitalik Buterin expressed his thoughts about the future of the metaverse.

The metaverse still lacks a clear definition, according to Vitalik Buterin

The metaverse is a world that is yet to be explored, a strange land where new realities and big tech are competing to earn the mantle of next leader in the field.

Like all things new, they are trying to create a model that can meet the needs of future consumers. Most likely, many of the newly developed paradigms will disappear, making way for what the market really needs.

For now, the most developed areas are those related to gaming and the buying and selling of virtual lands and items using NFTs.

However, the metaverse is not just that. The technology in and of itself will enable the innovation and evolution of many of the activities that have already been engulfed with the advent of the Internet.

Thanks to Web 2.0, new business models have been created that were not possible before. Today, thanks to blockchain technology, Web3 will be able to revolutionize existing businesses and create new products that are not yet on the market.

The problem, however, is that there is still no clear concept that can guide the coming developments. Everyone knows that it will be the future, a future that, according to McKinsey research, will reach a business volume of $5 trillion in 2030.

For now, we will have to go by trial and error, trying to follow demand and evolving user needs. Some things will work, outlining the path to follow, and many others will fail, giving participants in the race the “luxury” of learning from the mistakes of their competitors.

And this is precisely the thinking stemming from the genius of Vitalik Buterin, who expresses his opinion in a tweet:

The "metaverse" is going to happen but I don't think any of the existing corporate attempts to intentionally create the metaverse are going anywhere. https://t.co/tVUfq4CWmP

The opinion of the co-founder of Ethereum appears even a bit more drastic, believing that none of the existing attempts will go anywhere.

Buterin mentions the Meta project: a generic example for the industry

In response to the original tweet, there appears a response from a user who mentions Meta‘s Quest 2 visor.

Buterin replies, revealing a thought surely shared by all, including those currently involved in the development of products related to the metaverse:

My critique is deeper than "Metaverse Wikipedia will beat Metaverse Encyclopedia Britannica". It's that we don't really know the definition of "the metaverse" yet, it's far too early to know what people actually want. So anything Facebook creates now will misfire.

“[…] It’s that we don’t really know the definition of “the metaverse” yet, it’s far too early to know what people actually want”.

Indeed, the key concept revolves around the actual definition of the metaverse, something no one has yet been able to give.

He then concludes by stating that whatever Facebook creates from now on will be a complete failure.

Of course, these are merely opinions, which regardless of whether they come from the minds of experts in the field, may be confirmed or disproved by time.

The post Vitalik Buterin speaks out on the future of the metaverse appeared first on cryptodailynews24.com.