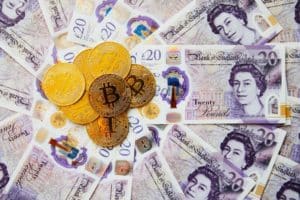 In Britain, the All Party Parliamentary Group (APPG) for the cryptoand digital asset sector has officially announced the launch of an investigation into the UK’s growing crypto industry.

A group of UK MPs working on crypto and CBDCs

APPGs are informal groups of MPs from all parties without official status within Parliament. They are, however, run by MPs, so they often act in support of the work of actual parliamentary groups.

The APPG’s investigation into cryptocurrencies will focus on the sector’s regulatory approach, the potential of CBDCs, the risks and problems associated with criminal activity and consumer protection, as well as the government’s plans to make the UK a global crypto hub.

Indeed, the latter is probably the key point, as Switzerland is increasingly the main crypto hub in Europe, despite London being the most important financial center.

The AAPG on cryptocurrencies (Crypto and Digital Assets All Party Parliamentary Group), which was formed in November last year, will also hold a series of hearings in the coming months to hear from key players, and this does indeed suggest that the aim is to work closely with the UK crypto industry.

Indeed, the announcement of the launch of the initiative also invites all industry stakeholders to send in views on the matter by 5 September 2022, particularly regarding the various regulatory needs of the industry itself.

The aim is to produce a report with recommendations for the government regarding in particular the current approach of UK regulators such as the Bank of England, FCA and ASA. Not surprisingly, the inquiry will focus precisely on policy issues related to this sector in the UK.

How the AAPG operates and what is its objective

The group is chaired by Dr. Lisa Cameron, and is made up of MPs and Lords from all major UK political parties, representing a wide range of interests and expertise in financial services, digital and technology.

“The UK Crypto sector has seen increased interest from consumers and regulators as the number of people who now own some form of cryptocurrency or digital asset has grown in recent years. We are at a crucial time for the sector as global policy makers are also now reviewing their approach to crypto and how it should be regulated.

As part of its inquiry the APPG will investigate the state of the UK crypto sector and recent concerns raised around financial crime and advertising. It will consider the growth of crypto over recent years and the need for regulators and Government to keep pace with the rapid advancements in innovation and technology, as well as considering whether enough is being done in terms of consumer protection. The group will also look at international examples from other jurisdictions that have already taken steps to regulate the crypto sector.

It’s vital that the UK does not take its foot off the gas and that Government and regulators keep to their commitments when it comes to crypto and digital assets”.