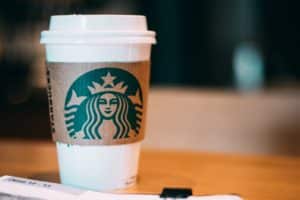 Global coffee shop franchise giant Starbucks is looking to launch a new Web3 rewards program to attract and retain customers, details of which will be announced next month.

At the beginning of the year, the company hinted that it would enter the NFT world within the year, without specifying well the details of the program, which is expected to help build customer loyalty.

“This new digital Web 3-enabled initiative will allow us to build on the current Starbucks Rewards engagement model with its powerful spend-to-earn Stars approach while also introducing new methods of emotionally engaging customers”.

The CEO went on to explain that this new rewards program will cover collectible NFTs to “integrate our digital Starbucks Rewards ecosystem with Starbucks-branded digital collectibles as both a reward and a community building element”.

The official unveiling will take place during the investor day, scheduled for 13 September.

The approach chosen by Starbucks seems different than many other companies that are already experimenting with NFTs. It is not a matter of creating new collections to sell and thus as a new way of expanding its business from a commercial point of view, precisely by exploiting NFTs, but rather they want to use Web3 as a form of rewards to increase customer loyalty.

The company brought in Adam Brotman, the architect of its Mobile Order & Pay system and Starbucks app, to help serve as a special consultant for the project. Mobile Order & Pay was one of the world’s digital payment projects before Apple Pay became as widespread as it is today.

The company’s quarterly results exceeded analysts’ estimates, with a 9% quarter-on-quarter increase in global revenue to a record $8.2 billion. Schultz then also said that the launch of the new Web3-based rewards program is part of efforts to attract and retain Starbucks’ younger customer base.

“We don’t want to be in a business where our customer base is aging and we have a less relevant situation with younger people,” he said, adding that the company has “never been, in our history, more relevant than we are today to Gen Z”.

Currently, the company’s rewards program involves the ability to earn stars for every order that is placed in the chain’s stores or via the web, which can then be redeemed for products, such as free drinks. It appears that new NFTs will now be incorporated into part of this loyalty program.