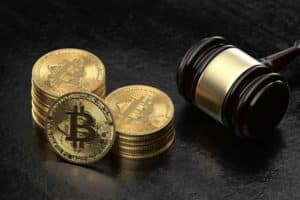 A few days ago Stuart Alderoty, counsel for Ripple, published an interesting article on the importance of fair cryptocurrency laws.

Rather than providing regulatory clarity through rulemaking, the SEC is bullying crypto markets by filing unproven allegations masquerading as regulation. In my latest op-ed, I outline the urgent need for sensible crypto legislation from Washington. https://t.co/BiY5rkCdEM

Ripple is in a lawsuit against the SEC, which accuses it of selling XRP as an unregistered security in the past, so their attorney’s statements can help understand how US authorities intend to regulate cryptocurrencies.

The current crypto regulatory framework according to Ripple’s attorney

Alderoty says the SEC is not providing regulatory clarity on cryptocurrencies at the regulatory level, but is bullying with unproven allegations masquerading as regulations. Therefore, he urgently calls for reasonable cryptocurrency legislation from Washington.

It is worth remembering that what the SEC decides about XRP will necessarily have to apply to similar cryptocurrencies, and that the Securities and Exchange Commission (SEC) itself is the US financial markets regulator in charge of security.

Alderoty reports that an oversight hearing was held last week at the US House Financial Services Subcommittee focusing precisely on the SEC’s oversight division. During this hearing, Rep. Brad Sherman, chairman of the subcommittee, cited the very case of SEC v. Ripple as an example.

The attorney calls this lawsuit a “bellwether”, calling it “misguided”, and points out that Sherman blatantly stated that he believes XRP is “clearly” a security. Moreover, he pointed out that Sherman himself asked why the SEC has not yet filed lawsuits against crypto exchanges that allowed XRP exchanges when it was suspected to be a security.

Sherman is a Harvard-trained lawyer, and according to Alderoty, the SEC would not be able to determine whether XRP is indeed a security.

The never-ending lawsuit between Ripple and the SEC

The case needs to be settled in court, but at least last year a judge ruled that:

“XRP is no more a security after the SEC filed the enforcement action than it was before it”.

According to Ripple’s counsel, regulation by enforcement would have a pernicious effect because it does not provide regulatory clarity through rulemaking, but merely intimidates the market by threatening to file more similar cases. Alderoty even goes so far as to call the SEC’s action the “whims of an unchecked regulator”.

He recalls, however, that during the same hearing, the representative Tom Emmer criticized the SEC for “using enforcement to unconstitutionally expand its jurisdiction”.

The solution should come from the top, that is, from Congress itself, with clear new laws that can sweep away all doubts and arbitrary stances. To be fair, Congress is already working on it, but it does not seem to want to elaborate on the distinction between commodity cryptocurrencies and security cryptocurrencies.