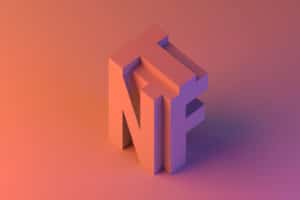 NFT news: the latest on CryptoPunks and Ticketmaster

News keeps coming from the world of NFTs, with new collaborations and initiatives that so many different companies are creating in the industry, using the technology of Non-Fungible Tokens in particular, and the latest ones include jewelry company Tiffany and concert and show ticket distributor Ticketmaster.

Tiffany and the CryptoPunks NFTs

Holders of these Non-Fungible Tokens will be able to make the claim of Tiffany necklaces, as well as receive another NFT dedicated to the collaboration.

JUST IN: Tiffany & Co. has announced an #NFT collection for CryptoPunk holders that will grant owners the right to claim a real pendant.

The website for the initiative explains that the supply is limited to 250 necklaces, which will go on sale for 30 ETH on 8 August. The sale, as long as supplies last, will close on 12 August.

The claim will be open only to those who own CryptoPunks NFTs, but still at a cost.

The necklace represents the NFT in possession, thus tracing its traits, which is why all 250 necklaces will be different and will be shipped by early 2023.

“We could see fractional ownership of subscriptions and suites and a reinvention of the ticket resale process”.

The position will appeal to someone willing to work from the New York, Hollywood office or remotely, on a full-time, permanent contract basis.

Other companies have also recently decided to sell their tickets in the form of NFTs, such as, for example, the Paris Saint Germain (PSG) soccer team, which has put up for sale tickets for upcoming friendly matches on its tour of Japan.

The Binance exchange recently declared the pilot of its new NFT ticketing solution with S.S. Lazio for the 2022/23 season.

The same holds true for the 2024 Paris Olympics, whose tickets will be blockchain-based.

Actually, even in 2019, UEFA and AlphaWallet, an expert company in tokenization technologies, had announced tokenized tickets on the Ethereum blockchain for Euro 2020, the European Football Championship.

The post NFT news: the latest on CryptoPunks and Ticketmaster appeared first on cryptodailynews24.com.