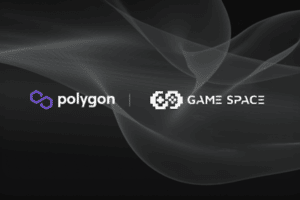 Game Space joined Polygon to AirDrop NFTs to Steam users, and supports the deposit and withdrawal of NFT assets on Polygon

Recently, Game Space, the first GameFi as a Service platform in the industry, joined Polygon and announced the launch of an NFT airdrop event for one billion Steam players. All Steam users can receive an exclusive Game Space badge of different levels according to the registration time, and the badge cannot be resold. Game Space also stated that it now supports the deposit and withdrawal of NFT assets on Polygon.

The new NFT airdrop on the Polygon network

This means that Polygon will become the third blockchain network Game Space supports after Ethereum and BNB Chain. Game manufacturers can quickly and efficiently build GameFi applications and deploy NFT smart contracts on Polygon through the Game Space SDK. Polygon said that this year, a surprisingly large number of Web2 and Web3 enterprises have announced that they are building projects on Polygon, such as Meta, eBay, etc.

“We are delighted that Game Space has chosen to integrate with our ecosystem and are even more excited about the opportunities for game developers to enter Polygon through the Game Space SDK.”

Previously, Game Space stated that the airdrop activity aims to reward the attention and interest of game users on Steam, and to connect the data of game users on-chain and off-chain, becoming the first stop for one billion game players to enter the Web3 world. Users only need to download the Game Space wallet APP, log in and bind their Steam account on the homepage to receive rewards. The most important reference factors for this airdrop are user account registration time and the time users previously spent on games.

At present, the Game Space Wallet APP is listed on the overseas App Store and Google Play, users can also download it through APK on Game Space’s official website. Game Space CTO Steven said that

“by using the multi-chain module of Game Space SDK, developers can get rid of “chain selection phobia” and deploy games on multiple public chains at the same time, such as ETH-1 area, BSC-2 area, Polygon-3 zone”.

In addition, the code of

Game Space and the NFT airdrop on Polygon

has been open-sourced recently, and Game Space will participate in the upcoming public testnet of Polygon zkEVM. In the future, game manufacturers and developers can also seamlessly deploy GameFi applications on Polygon zkEVM through Game Space’s SDK.

The post Game Space joined Polygon to AirDrop NFTs to Steam users, and supports the deposit and withdrawal of NFT assets on Polygon appeared first on cryptodailynews24.com.