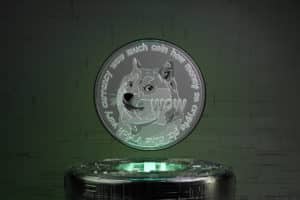 The number of unique active addresses on Dogecoin’s blockchain has increased by 97% in the past two months.

Unique addresses active on the Dogecoin blockchain increased by 97%

It is worth adding that in the days following these two peaks the numbers dropped a bit, so that yesterday, for example, there were fewer than 65,000 active addresses and just over 41,000 transactions. Nevertheless, these are numbers well above the lowest peaks in May.

However, new all-time highs were not reached because the spring 2021 peaks were not exceeded.

According to some, this increase in Dogecoin usage over the past thirty days could also indicate the possibility of a rise in the price of DOGE.

In fact, although it has already risen by 8% in the past seven days, the current value is in line with that of a month ago, while Bitcoin’s is 21% higher and Ethereum’s as much as 55% higher.

It should also be noted that the current price of DOGE is still 90% lower than its peak in May 2021.

To be fair, trading volumes have also been declining in recent times, so in order to consider a significant uptick, there would also need to be signs of increased interest from the markets, which is currently not there.

Not least because the average amount of individual transactions is falling, which has been steadily declining since May. So transactions are increasing, but amounts are decreasing. The on-chain signals therefore are not all bullish.

Meanwhile, the Japanese crypto exchange Bitbank has listed DOGE, as well as DOT (Polkadot), indicating that perhaps there is beginning to be some renewed interest in this cryptocurrency.

Therefore, the conditions for a possible price rise are there, but right now the buying pressure is still too low to trigger it.