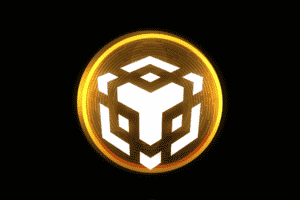 Binance has launched BAB, the first Soulbound token on the BNB chain, as a decentralized solution to KYC (Know Your Customer) requirements for exchanges. Soulbound tokens can basically be defined as NFTs that are not transferable between wallets.

The potential of the SoulBound token

This data will also eventually be available for use by third-party protocols.

Initially launched as a pilot project, BAB will at least initially be accessible only through the Binance mobile app. During minting, users will be asked to select a wallet address – either a current one or a button to create a new one – where the SBT will be stored.

“Soulbound Tokens will play a significant role in the way web3 credentials will work in a Decentralized Society… We foresee numerous use cases for the BAB token, and we will actively collaborate with the community to develop this revolutionary vision of decentralized society”,

This is not the first ever Souldbound launched, but it is the first one launched on BNB. Phala Network announced in June that it had launched Soulbound tokens tied to specific game avatars.

SBTs were created to contain all the characteristics of a person and that constitute the social relationships found on Web3 networks. In other words, they are tokenized, nontransferable representations of the myriad traits, characteristics and outcomes that make up a person or entity.

Binance has already made it known that it is working on launching new STBs in the future which have modes of use related to security and privacy.