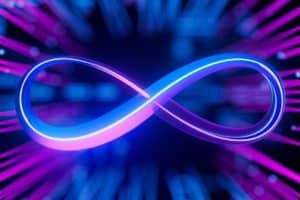 Among the most striking figures are definitely the $2.8 billion loss of the metaverse-focused division, Reality Labs.

Performance of Meta’s metaverse is down, losses increase

Reality Labs posted revenues of only $452 million in the second quarter of the year, down from $695 million in the first quarter when it posted losses of $2.9 billion.

Thus in the first six months of the year the cumulative loss was $5.7 billion.

The company’s total revenue, which also includes that of Facebook, Instagram and WhatsApp, in the second quarter of 2022 was $28.82 billion, just below forecasts that it could have been close to $29 billion. Earnings per share were $2.46, slightly less than expected.

However, the stock reacted well, both because the entire tech sector rose significantly yesterday and because these disappointing figures had probably been predicted in recent days.

In fact, although it posted an excellent +6.5% yesterday, it had lost 13% in the previous seven days. It is possible that investors were expecting even worse data, and that they breathed a sort of sigh of relief to see that the actual data were not as bad as they feared.

However, the current price is still 7.5% lower than last Thursday’s close.

Even though Meta shares have not lost much in the last month, their value has fallen a lot both in the last three months (-16%) and especially since the beginning of the year, with a cumulative loss of more than 50% in almost seven months.

On the other hand, Instagram seems to be holding up, so much so that at the end of the quarter it ended in profit.

Overall corporate profit came close to $6.7 billion, but it could have been significantly higher without the $2.8 billion loss from the division that deals with the metaverse.

Then again, Meta’s metaverse hasn’t really even gotten off the ground yet.

Meanwhile, the FTC has sued Meta to prevent it from “owning the entire Metaverse”.

In fact, the US Federal Trade Commission (FTC) has sued the company with the aim of halting its acquisition of app maker Within Unlimited.

The problem, according to the FTC, would be the acquisition specifically of the popular fitness app Supernatural dedicated to virtual reality. In the official statement they write: