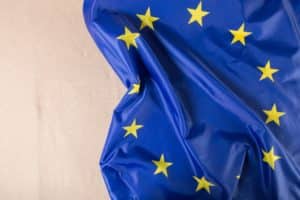 After months of discussion, the EU Commission appears to have come to an agreement on the new crypto regulatory framework

On 30 June, the European Union approved some of the cryptocurrency regulations that are due to come into effect in the coming months and are part of the MiCA regulatory framework, which was approved in the first reading in February and is expected to have its final implementation at the end of 2023.

There are still a number of contentious issues surrounding the regulations, which will certainly be reviewed between now and next year, and which are expected to mainly address financial stability and investor security.

But a first step, as stated by Italian MEP Raffaele Fitto, co-chair of the Ecr, who has been following the whole MiCA affair very closely, certainly seems to have been achieved:

After the approval of MiCA, Fitto stated that:

“The goal set is first and foremost to protect investors and financial stability by creating effective tools to counter fraudulent schemes. It is in this key that the provisions on the tracking and identification of cryptocurrency transfers should be interpreted: to prevent money laundering, financing of terrorism and other crimes, such as child pornography.

With respect to these kinds of objectives, the agreement reached seems very satisfactory and reflects many of the priorities that our group had also indicated during the work in the Econ Commission”.

Chainalysis’ study on the current regulation of crypto in Europe

There are still many doubts and issues to be resolved concerning the regulation, as pointed out in a careful analysis of the regulation by crypto analytics firm Chainalysis, which points out that:

“The Markets in Crypto Assets (MiCA) regulation will provide a unified licensing regime for the entire EU, meaning cryptocurrency businesses (or CASPs — Crypto-Asset Service Providers — as EU regulators call them) won’t need permission from each individual EU country in order to offer services to their citizens”.

An important issue, according to Chainalysis experts, concerns the checks that must be made by exchanges on money transfers to avoid tax evasion and money laundering. But there still remains some uncertainty regarding the threshold above which these controls must be mandatorily triggered and the reporting to the authorities of the transactions carried out.

Also important according to operators is the fact that the amendment that wanted to ban all cryptocurrencies that use the Proof of Work consensus system, such as Bitcoin and for now Ethereum, did not pass in the end.

Great attention is then given to the issue of monitoring personal or non-custodial wallets, which do not use the intermediation of an exchange or crypto company. Certainly, beyond some details that need to be sorted out, as Chainalysis experts conclude, MiCA’s regulatory framework appears to be one of the most comprehensive in the world as far as digital currencies are concerned.