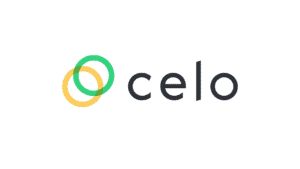 With a message on its Twitter profile, the Celo blockchain network announced that it has resolved the outage that occurred on 14 July, the first time since its launch in April 2020.

Update: Celo validators have resolved the network’s first outage since mainnet launch on April 22, 2020. A thorough and expedited technical analysis is ongoing and details will be readily shared with the Celo community.

The outage that resulted in a network disruption leaving users unable to make transactions lasted about 22 hours, and was resolved on the night of the 14th. According to a company note, the problem occurred at block #14,035,19 at 6:20 PM on Wednesday.

Celo’s Proof-of-Stake network was at a standstill, unable to validate new transactions for more than nine hours until block production was restored for a few minutes at 3:39 AM Thursday. But after this initial unfreezing, it appears that the blockchain crashed again at block #14,035,044. Resolution of the problem did not occur until about 5:30 AM on Thursday.

So far, no further details have been provided as to why this sudden blockage would occur.

“Validators are working to identify and resolve the problem. All funds are safe. Updates will be provided as soon as possible”.

was the laconic comment from the developer team on Twitter. But from what we have been able to learn, it appears that everything has been resolved thanks to a node update that fixed a bug, which disrupted the normal functionality of the network.

Celo is a fully EVM-compatible Proof-of-Stake Level 1 protocol, featuring a fast and ultra-light client designed for mobile devices, with the ability to pay transaction fees with tokens or stablecoins, and allows users to send payments “as easy as sending a text message”.

The network boasts an average block time of 5 seconds. is compatible with the Ethereum Virtual machine, and is suitable for smart contracts and dApps.

The Celo network is also the protocol behind as many as three stablecoins: Celo Dollars (cUSD), Celo Euros (cEUR) and Celo Reals (cREAL), as well as its native Celo token (CELO). In contrast to one of its competitors Solana, which has experienced three outages in recent months, and as many as seven in the past year, this is the first time it has had to experience a network outage.

The post First outage for the Celo blockchain network appeared first on cryptodailynews24.com.