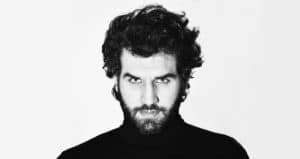 Since he entered in the crypto world in 2017 by creating a partnership with the Swiss crypto company called Eidoo, Federico Clapis has certainly come a long way in the industry, especially since he decided to take his first steps with NFTs in 2020.

After early drops on SuperRare, Clapis embarked on a new project on Nifty Gateway.

And on the occasion of his nomination among the 40 under 40 for Fortune Italia, we at cryptodailynews24.com interviewed Federico Clapis to take stock of his career in the NFT field and how he sees himself in the future.

1. New projects in the pipeline? Goals for the future?

I am focusing a lot on developing Diamond Hands Ranking, a tool I built to select collectors of my editions through their market behavior.

I began my adventure in 2020 with 1/1s only on SuperRare. And drop by drop my main rule has been: sell only to selected collections, collectors esteemed in the market, of long-term vision and deeply attuned to my work.

For this reason, I decided to work only through pre-sales so that before minting I could select the collector and then make a deal. This approach has given me great growth satisfaction during my first year.

Reaching the Nifty Gateway chapter, the first drop was an orientation for me, I wanted to be super open and affordable in order to understand through this first stage new dynamics to which I had not previously paid attention.

From the second drop, I gained the confidence to introduce creative reward mechanics. After this third recent drop, I had enough experience for a deeper analysis of the edition market and a greater awareness of how I want to approach it and best adapt it to my personality.

In this third stage, I introduced a new mechanic, which for the first time in NG rewards a specific collectors behavior.

A reward that involved extra collaboration on the part of NG who, among other difficulties, had to analyze the data manually not being ready for this novelty of mine. the Diamond Hands reward marks for me the beginning of something very deep and radical.

On that specific occasion, those who had never listed any of my work were rewarded by demonstrating a long-term vision like mine. It was gratifying to observe how these represented a large majority percentage.

There were also other awards that made me observe other kinds of behavior leading me to some decisive reflections. I want to gear my award/reward policy more and more toward Diamond Hands collectors.

I have been thinking a lot about the approach constraints that have existed so far on the part of all of us artists toward reward mechanics.

It is inevitable that creating entries for holders of only a few specific works will penalize other “excluded” works. One of my priorities is to protect my works from this utilitarian sadness through a completely new method: the introduction of scoring.

So together with a team of data analysts, I have given birth to the Diamond Hands Collectors Ranking

in which each work will have a specific score in relation to the number of mints and holding time.

In this way, I will solve three major problems:

Reducing future entries to those who so far have had a short term flipper approach will inevitably reduce supply by benefiting the few works that will be listed. Finding a work of mine listed on the secondary market should become a rarity.

2. Since we last heard from you about your 70k sale, how has your career changed/evolved?

In 2022 the listing of my 1/1s grew and stabilized at $200k. Since January I have been focused primarily on building a good ecosystem in the world of editions on Nifty Gateway to reflexively bring value to the 1/1s that I mint less and less frequently.

3. What are the highlights of your career, what are you most proud of?

Right now building Diamond Hands Ranking is a source of great excitement for me that will allow me to work through a unique method.

4. How did you get into the NFT world?

Thanks to my artist friend Giovanni Motta who in the winter of 2020 signaled to me the maturation of this environment and accompanied me in the first steps, I am eternally grateful to him.

5. How would you describe your art for those who don’t know you

Art is a tool for me to tell about my deepest states and motives and possible interceptions of the future. Technology is often a recurring theme of my subjects as a metaphor for my existential questions. It has been so embedded in my life for so long that it is difficult to externalize in words, I allow images to speak.