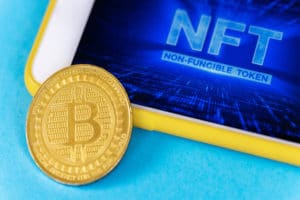 South Africa has decided to kick off a project to tokenize the famous Krugerrands collectible coins. They will be minted by the NFT Web3 Momint platform, dedicated to highly innovative projects, and will be available on the company’s non-fungible token (NFT) market.

The project from South Africa

The South African company, which has recorded large growth rates in 2021 and is gaining increasing market share across the African continent, implemented the project with two gold coin retailers, the Scion Shop and the South African Gold Coin Exchange.

“the coins occupy a unique place in South African history and have only grown in legend and in value. Now a new generation of collectors can get their hands on a piece of this iconic collectable set”,reads a note from Momint.

This pioneering partnership demonstrates how blockchain is revolutionizing the very concept of ownership via asset tokenization. In this particular case, these valuable coins could only be purchased by numismatic enthusiasts with large financial assets.“This tokenization will allow for fractional ownership of this priceless collection, lowering the entry point for enthusiastic collectors at a price of just $ 200”, the Momint memo states. To ensure more users can participate in the ownership of the collectibles, the Momint marketplace will support the purchase of NFTs using a credit card, which will generate a crypto wallet on behalf of each user.

Like in all tokenizations, users will be able to acquire a part of the collection of gold bronze and silver coins, which in excellent condition take on even greater value at a time of high inflation and economic uncertainty such as the current one.

Returning to the coin collection, they were first minted in 1874. With a face value of 1 ZAR in 1893, a single coin with the name “Een Pond” is worth more than R 240,000 at today’s valuations ( about $14,000). The complete set being tokenized includes the ten ZAR coin denominations minted before the South African War (also called the Second Anglo-Boer War) of 1899 and is worth about R18 million ($1.2 million).

The deputy governor of the South African Reserve Bank, Kuben Chetty, confirmed on Tuesday that the new legislation will be introduced in the next 12 months, and that it will be a law that should protect investors and users, treating cryptocurrencies in the same way as any other financial product.