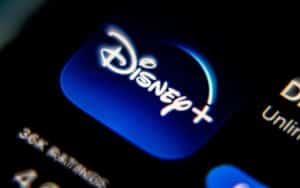 The companies chosen by Disney’s 2022 acceleration program this time include Polygon’s blockchain for the development of the Web 3 ecosystem.

“For nearly a century, Disney has been at the forefront of leveraging technology to build the entertainment experiences of the future. The Disney Accelerator is thrilled to be part of that legacy, and with our newest class of companies, we look forward to furthering our commitment to innovation and continuing to bring magical experiences to Disney audiences and guests for the next 100 years”.

The Disney program: not just Polygon

As mentioned, the accelerator program of the famous American company does not only include the aforementioned blockchain project.

Among other companies besides Polygon we find:

Back in 2019, there were rumors of Disney‘s interest in entering the cryptocurrency world through the acquisition of an exchange, Bitstamp. While this did not happen, over the years the company has shown continued willingness to have its own place in the crypto sector.

For example, in early 2021 Disney had launched a line of NFT collectibles called “Golden Moments,” which were offered for sale on the VeVe NFT marketplace.

Moreover, last February Disney had posted a job announcement for a Manager of Business Development for the Digital Experiences team, who would lead the company into the NFT space.

And indeed, only a month later Disney said it was ready to launch into the metaverse industry.