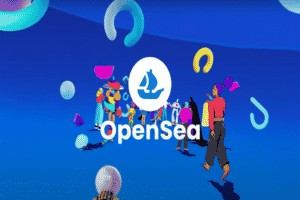 OpenSea lays off 20% of employees

Co-Founder and CEO of the popular non-fungible token (NFT) exchange OpenSea, Devin Finzer, announced two days ago that the company will be forced to drastically reduce the company’s workforce. The platform will let go 20% of its staff to adapt to the current decline in the cryptocurrency industry.

Today is a hard day for OpenSea, as we’re letting go of ~20% of our team. Here’s the note I shared with our team earlier this morning: pic.twitter.com/E5k6gIegH7

This is yet another case in a matter of months where a crypto company is being forced to reduce its workforce due to adverse market conditions. In June, Coinbase CEO Brian Armstrong had announced via Twitter that he was being forced to lay off 18% of his employees due to the so-called cryptocurrency winter on the markets, which has drastically reduced exchange revenues. Crypto.com, BlockFi, Gemini, and Celsius have also announced plans in recent weeks to reduce their workforces, even substantially

1/ Today I shared that I've made the difficult decision to reduce the size of our team at Coinbase by about 18%. The broader market downturn means that we need to be more mindful of costs as we head into a potential recession.

Finzer also assured employees that they will have generous severance pay and health coverage through the end of 2023. The company has also pledged to help employees find new employment by “opening personal networks to support them however we can”.

“The folks leaving us are smart, hardworking, mission-driven individuals who’ve played an immeasurable role in growing OpenSea and the NFT space to where we are today. We will miss them and they will forever be part of our story and community”,

the CEO of OpenSea wrote.

According to the company, the layoffs were absolutely inevitable since the forecast for the NFT market does not look at all encouraging and the difficult period is expected to last at least until the first half of next year.

OpenSea, the largest NFT trading platform was valued at $13.3 billion in January, according to Forbes estimates. But after its surge in 2021, the NFT market has cooled in the early months of 2022. The price of the JPG NFT index, which tracks high-profile token collections, has fallen nearly 69% since its launch in April. The failure of the auction to resell the first tweet of Twitter founder Jack Dorsey, purchased as an NFT for $2.8 million, made headlines. Convinced to resell the tweet for at least $48 million, which was the auction base, he received a meager $12,700 as the highest bid, 99% less than the purchase price.

The post OpenSea lays off 20% of employees appeared first on cryptodailynews24.com.