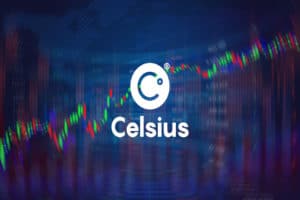 Today Celsius Network filed to enter Chapter 11 and announced that it has begun a financial restructuring.

Moments ago, @CelsiusNetwork filed voluntary petitions for Chapter 11 protection and announced that the company initiated a financial restructuring. https://t.co/vf5wsT6TMp

Work in progress for Celsius Network

Chapter 11 is a provision of US bankruptcy law that allows companies to conduct a debt restructuring following a major financial failure.

This means that the company in its current state does not have sufficient funds to repay all of its debts to its creditors, including its users, and will therefore be forced to restructure its debt presumably by negotiating with its creditors.

In theory, the company might even survive, assuming it succeeds in completing the restructuring, but it is easy to see that this will mean a cut in the amounts that can be repaid to creditors. The latter must therefore prepare to suffer any losses on their claims as well.

To implement this restructuring, the company and some of its subsidiaries have filed voluntary petitions for reorganization under Chapter 11 of the US Bankruptcy Code in the Bankruptcy Court for the Southern District of New York.

Members of the Special Committee of the Board of Directors said today’s move follows last month’s move to suspend withdrawals, exchanges and transfers.

They also pointed out that in the absence of the freeze on withdrawals some of the faster customers might have been repaid in full, leaving others to wait until there was sufficient liquidity before they could begin to recover anything. This statement suggests that it will be very difficult for customers who still have funds on deposit with them to be able to recover them 100%.

To ensure a smooth transition, the company has filed a number of petitions with the court to allow it to continue operating, such as to pay employees. For now, however, its ability to rehabilitate customer withdrawals is ruled out.

More information on the Chapter 11 filing is available at the web address.

“This is the right decision for our community and company. We have a strong and experienced team in place to lead Celsius through this process. I am confident that when we look back at the history of Celsius, we will see this as a defining moment, where acting with resolve and confidence served the community and strengthened the future of the company”.