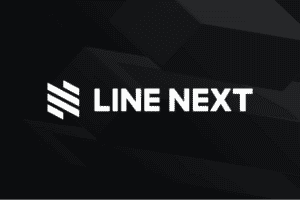 LINE NEXT: $10 million deal with 10 big names to launch NFTs

LINE NEXT has raised $10 million through a deal with 10 Web3 big names such as SoftBank Corp., NAVER, LINE Games, CJ ENM, SHINSEGAE, to expand into the NFT world.

LINE NEXT, a company of LINE dedicated to the NFT industry, has announced its partnership with 10 Web3 companies with whom it has raised $10 million.

With a broader spectrum of IP content secured, NFTs issued through partnerships will be available on the DOSI marketplace in each brand store starting later this year, and so will the NAVER login and Naver Pay functions in the near future.

“LINE NEXT Announces Strategic Investment Agreement With 10 Partners: From SoftBank Corp., NAVER, CJ ENM to SHINSEGAE. LINE NEXT signed a strategic investment partnership with 10 big names to invest in the global NFT business and to expedite the cooperation in the launch of DOSI With a broader spectrum of IP content secured, NFTs issued through partnerships will be available on the DOSI marketplace in each brand store starting later this year, and so will the NAVER login and Naver Pay functions in the near future”.

Among the 10 big names are SoftBank Corp., NAVER, LINE Games, CJ ENM, SHINSEGAE and others who have decided to invest in LINE NEXT’s global NFT business.

The new NFTs will be available on the DOSI marketplace by the end of the year.

In this regard, Youngsu Ko, CEO of LINE NEXT, said:

“The key to expanding the Web3 ecosystem is to making NFTs based on users’ needs and delivering actual value. By publishing Asian contents to the global NFT market, the partnership will lead a new fandom culture and the mass adoption of NFTs”.

LINE NEXT and the launch of the NFT marketplace DOSI

The strategic agreement between LINE NEXT and the 10 Web3 biggies thus aims to launch DOSI, LINE’s global NFT platform, by providing commercial support and developing NFT projects based on their IP content.

Not only that, the investment includes new partnerships of LINE NEXT with content, distribution, gaming and entertainment companies that own and operate a wide range of IP, in order to spearhead the global NFT market.

LINE NEXT will also develop exclusive NFT projects with NAVER’s NOW. and CJ ENM using their entertainment IPs, such as DIA TV and Street Man Fighter, to diversify their content channels.

DOSI’s NFT marketplace will feature each of the brands of the 10 big investors, and to facilitate user participation in the NFT marketplace, LINE NEXT plans to link NAVER logins to DOSI Wallet and provide Naver Pay as one of the payment options for NFT purchases.

The latest news on the world of Non-Fungible Tokens

News about the world of Non-Fungible Tokens is increasing. Only today, in fact, it seems that in Italy, right after the $240,000 sale of Michelangelo’s Doni Tondo, the government decided to block NFT sales of Italian museum masterpieces.

On another note, STEPN’s NFT project claimed to have reached $122.5 million in profits in the second quarter of 2022. For that reason, the company also announced that it will begin its process of buying back and burning 5% of the GMT token by a couple of weeks.

Another piece of news involves Reddit, the US social news company, which has launched its NFT Avatar marketplace on the Polygon blockchain for use as a profile picture.

The post LINE NEXT: $10 million deal with 10 big names to launch NFTs appeared first on cryptodailynews24.com.