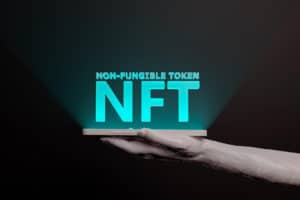 Impact of NFTs on patents

Even though the NFT technology is relatively new, its governing patent laws are not.

However, the growing popularity of innovative technologies such as NFTs, with brands expanding their presence in the metaverse and the web3, can clearly generate new questions and issues related to intellectual property and image rights.

Precisely in order to analyze the new impacts and perspectives of NFTs on the subject, the US Patent Office decided to conduct a study that can clarify many open questions and adapt the new technological tools to the rules and laws that are currently in place.

The news of the study focusing on intellectual property and NFTs is also the consequence of a precise formal request made in June by Senators Patrick Leahy and Thom Tillis, who are the chairman and secretary of the US Senate Judiciary Subcommittee on Intellectual Property.

Based on what we learn from early rumors, the report will focus specifically on precise issues initially raised by the two senators from Vermont and North Carolina. Among other things, the experts assigned by the patent office will analyze potential intellectual property issues with future applications of NFTs, rights associated with the transfer of ownership of an NFT, licensing rights and infringements, and potential intellectual property rights, granted to creators of NFTs.

This study also comes after several lawsuits have been brought in recent months precisely because of intellectual property and copyright violations by NFT creators and platforms.

US sportswear giant Nike, for example, filed a lawsuit in February against online retailer StockX for allegedly infringing on its trademark by selling NFT shoes without a license. The company had sold Nike NFT sneakers that were supposed to include redeemable versions of real-world shoes.

The Miramax production company took legal action last November against Quentin Tarantino. The lawsuit was filed after the acclaimed director tried to launch NFTs from one of his most successful films, Pulp Fiction. The studio alleged that Tarantino violated copyrights while purporting to launch an NFT collection with seven uncut scenes, exclusive commentaries and original handwritten scripts.

The two senators asked the Patent and Trademark Office and the US Copyright Office to complete the study by July next year.

The post Impact of NFTs on patents appeared first on cryptodailynews24.com.