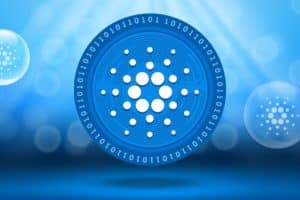 The release of the ADA Pay plugin for Odoo (On Demand Open Object) was recently announced.

Odoo is an integrated platform for medium-sized businesses used by millions of businesses to manage their operations, with several apps including ADA Pay. It is an open-source solution with over 7 million users including startups and large enterprises.

We are happy to announce that an ADA Pay Plugin is now live on @Odoo!

Thanks to @elpincha, merchants who own ecommerce shops and wish to receive $ADA as a payment method, can now easily add the plug-in.

ADA Pay is a payment gateway created specifically to bring ADA (Cardano’s native cryptocurrency) to the masses. Its payment system, based on Cardano’s blockchain, allows merchants to accept ADA as a payment method with instant settlement.

The ADA Pay plugin for Odoo was created by Rodolfo Miranda, one of the winners of the Catalyst 7 fund.

As part of the COTI – Project Catalyst challenge, several teams were invited to develop ADA Pay plugins to be integrated into different platforms. Carl Henry Global, for example, created 8 of them for different platforms including WordPress and Joomla.

“Delivering this project can’t be more streamlined. The ADA Pay API just simplifies the development process. Not only is it well documented, but also the COTI team was prompt to give us support to all of our questions and concerns. I really appreciate COTI professionalism and dedication”.

However, no data was released on the actual usage of these plugins. Another WordPress plugin that enables ADA payments on Woocommerce, Spoddano, as of today appears to have only just over 30 active installations.

Blockchain activity and the performance of ADA

According to Messari’s data, during 2022 the daily number of transactions in ADA appears to be declining on average, from a peak of nearly 200,000 daily transactions shortly after mid-January, to about 60,000 annually.

In addition, the market value of ADA has plummeted by 86% since its peak in September last year, when it exceeded $3 for the first and only time. The decline has been almost continuous since then, to the point that compared to twelve months ago it is worth 67% less. It is necessary to go back to February 2021 to find values similar to the current ones, which nonetheless are more than twice as high as they were before the bull run.

It is worth noting that today’s average number of daily transactions is also much higher than before the bull run, since until the end of 2020 there were less than 2,000 per day, while now there are thirty times as many.