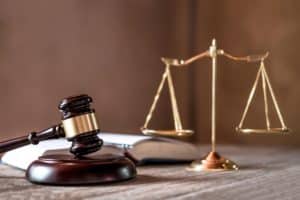 Binance, along with four other exchanges, is involved in a landmark lawsuit that was initiated after approval by the High Court of England and Wales.

This is an exceptional case in the legal sphere, second in the world after the one handled by the New York State Supreme Court on 2 June.

In fact, for the first time ever, the High Court of England and Wales has issued an order allowing English courts to use blockchain technology to deal with court proceedings.

It all starts with some stolen funds, by way of two anonymous wallets, which then made use of the services offered by some centralized exchanges. Specifically, Binance, Poloniex, gate.io, OKX (formerly OKEx), and Bitkub appear to be involved.

The claim arose from Fabrizio D’Aloia, an Italian engineer and founder of Microgame, an online gambling platform.

Within the urgent complaint, D’Aloia explains how he fell victim to the embezzlement of some funds in his possession. The anonymous scammers made use of a fraudulent online broker through which they invited investors to deposit cryptocurrencies within two different wallets.

Now, it seems clear that the transaction made must be protected in some way. Embezzlement is a serious crime, and investors, experienced or not, who fall into these kinds of traps must be able to rely on the jurisdiction, which must act as a leading player in protecting the stolen funds.

On the other hand, hacks, rug-pulls, and phishing attacks such as this are now well known in this industry. Before making deposits to wallets or smart contracts, one should always check the provenance and veracity, so as to minimize the risks associated with such scams and to verify whether one is interfacing with an official platform, and not a clone.

Why exchanges are held accountable

The exchanges are not guilty of any wrongdoing, but given the circumstances, they are an integral part of the process. Because they are centralized, the wallets tied to the exchange platforms are “hosted”. This means that the private keys and, de facto, the funds deposited within them, are managed and secured – hence custodial (or hosted) wallets – essentially by their infrastructure.

Since the fraudsters finally made use of their platforms to cash in the “spoils”, the exchanges are now found to be responsible for these funds.

Their commitment is to not allow the movement or withdrawal of the stolen cryptocurrencies. If this were to happen, they would violate the ordinance as trustees of the assets belonging to the actual owners.

The judicial process that will innovate cryptocurrency jurisdiction

This type of permission granted by the High Court represents a real evolution in the legal sphere.

The case discussed is surely a turning point for international disputes involving cryptocurrencies or other digital assets. It will set an example for the whole world in an area yet to be explored and full of uncertainties, where clear guidelines that can be a reference for all are lacking.

The ruling will open the door to the use of blockchain technology to serve judicial proceedings.

Regulation and lawmaking regarding the entire crypto sector is still a hot topic. Given the numerous frauds that have occurred since the birth of Bitcoin, consumer protection and the management of processes related to stolen funds are vital.

“The importance of the Court’s finding of a good arguable case of constructive trustee liability cannot be overstated. Should cryptocurrency exchanges act contrary to such orders and fail to ringfence the identifiable cryptocurrency, they risk being held liable for breach of trust”.

The post Binance appears among the defendants in a trial launched by the High Court of England appeared first on cryptodailynews24.com.