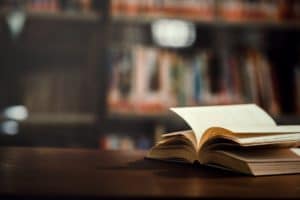 Proposal for crypto regulation from the G20 FSB

The G20 Financial Stability Board (FSB) has announced that it will submit its own regulation proposal to establish “solid regulation and oversight” of crypto.

The G20 FSB puts forward a proposal for crypto regulation

The crypto market clearly needs to be regulated

The Financial Stability Board (FSB), an international body of the major industrialized countries that make up the so-called G20, which monitors financial systems and regulates markets in order to prevent financial crises, announced on Monday that it will submit its own proposal for cryptocurrency regulation in October.

The international body explained in a lengthy press release the reasons and rationale that will underlie this proposal:

“Crypto-assets and markets must be subject to effective regulation and oversight commensurate to the risks they pose, both at the domestic and international level. Even as jurisdictions consider potential changes to their frameworks, so-called stablecoins and other crypto-assets do not operate in a regulation-free space and must adhere to relevant existing requirements where regulations apply to address the risks these assets pose. Crypto-assets and markets may perform an equivalent economic function to one performed by instruments and intermediaries of the traditional financial sector. As such, they are subject to relevant regulations applicable to the underlying economic and financial nature of crypto-assets, in line with the principle of “same activity, same risk, same regulation”.

This news follows the report that the FSB also published in February, which dealt with the analysis of developments and vulnerabilities related to three segments of the cryptocurrency markets: unbacked cryptocurrencies (such as Bitcoin), stablecoins, and decentralized finance (DeFi). The report pointed out precisely how the rapid growth of cryptocurrencies and especially stablecoins and DeFi could pose a serious threat to the financial stability of global markets.

The report stated that:

“Crypto-asset markets are fast evolving and could reach a point where they represent a threat to global financial stability due to their scale, structural vulnerabilities and increasing interconnectedness with the traditional financial system”.

The failures of the crypto market are pushing to define regulation

The failure of the Terra ecosystem and its stablecoin last May must have evidently prompted the G20 international watchdog body to intervene on the matter to prevent possible new similar events that could also have severe repercussions for traditional financial markets and investors.

Until now, the FSB had limited itself to controlling and monitoring the digital asset sector, but without ever intervening directly with a precise regulatory proposal, as it appears intent on doing now.

The fear of many experts is that the new rules may be too stringent and limit the development of digital assets, which were created precisely to be disintermediated and not controlled by any central organization. But as reported in the FSB’s press release, and as stated by Kene Ezeji-Okoye, CEO and founder of Millicent, the first stablecoin and CBDC project funded by the UK government’s Department of Research and Innovation, without a clear regulatory framework we will never see mass adoption of digital currencies:

“For digital currencies to go mainstream, stablecoins must be trusted by the public, and fully fungible with other types of public and private money. The only realistic way for that to happen is via a shared regulatory framework”.

The post Proposal for crypto regulation from the G20 FSB appeared first on cryptodailynews24.com.