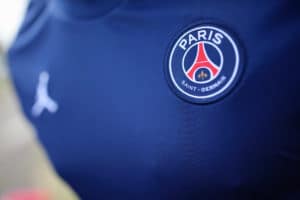 Paris Saint-Germain has put NFT tickets for upcoming friendly matches on its Japan tour on sale.

PSG on tour in Japan

Specifically, it is selling three premium NFT tickets for each of the three matches. The value of each NFT ticket is 30 million yen, or $218,817, and the sale will be valid on the dedicated website until Wednesday, July 13.

The NFT ticket will give access to the stadium’s VIP lounge and VIP party, where customers can take pictures with PSG players.

Not only that, but Paris Saint-Germain also arranged for the sale of NFT Commemorative Merchandising NFTs for the Japan 2022 tour, an event that has not happened since 1995 (27 years ago).

By purchasing new NFT tickets, users can win the chance to meet live and have their pictures taken with their idols.

In fact, joining the Japan tour and NFT ticket formula are Paris Saint-Germain stars such as Lionel Messi, Neymar Júnior, and Kylian Mbappé.

Speaking of the infamous Leo Messi, during his acquisition to PSG from Barcelona FC last year, official news had leaked that Paris Saint-Germain had paid Messi in cryptocurrency, specifically with $PSG fan tokens.

The company itself had let it be known that it had included in Leo Messi’s welcome package a high number of PSG fan tokens, the tokens issued by Socios.