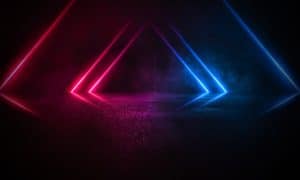 Tomorrow, 6 July 2022, the project’s utility tokens will be sent to addresses that participated in the private sale.

NFT Bunny is ready for the listing of the BUN token

We are ready for the listing

On July 6th the tokens will be sent to the addresses that participated in the private sale.
If you participated via exchange, write to sales@nftbunny.com
indicating your erc-20 network address.
From 9 July the token will be tradable on #Uniswap pic.twitter.com/jrsm6bJ6b9

Once released, NFT Bunny‘s tokens will be tradable on Uniswap starting Saturday, 9 July.

The link to the exchange pair will be announced on 9 July on the new Telegram channel “Official announcements NFT Bunny”.

Those who had participated in the private sale via exchange should request the tokens from sales@nftbunny.com indicating the ERC-20 address where they want to receive them.

BUN is the utility token of the NFT Bunny project, and its private sale ended in January, after only a month of launch.

According to the Co-Founder of NFT Bunny, Paolo Pacitto, the presale went beyond all expectations. The team struggled to respond quickly to all the requests they received, so much so that they were forced to postpone the closing in order to respond to everyone.

In previous rounds, BUN had been sold at even greater discount percentages, first 84% and then 72% during the second round.

BUN is not only the utility token of the platform, but also the governance token of the NFT Bunny project. BUN owners will be able to trade NFTs on the project’s marketplace, mint NFTs, purchase premium services, make donations, and participate in lending and staking functions.

The NFT Bunny marketplace has already been in operation for some time, and is already being used to create and offer NFTs for sale.

The post The listing of NFT Bunny’s utility token appeared first on cryptodailynews24.com.