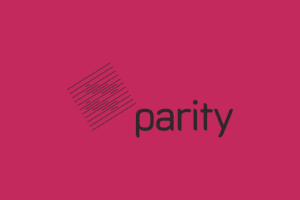 The company behind the Polkadot blockchain, Parity Technologies, announces the hiring of three new top executives to its team.

Parity Technologies, the company responsible for developing the Polkadot and Kusama blockchains, has announced three new high-level hires to its team, who will join founder and CEO, Gavin Wood.

The three top managers, as reported on a company press release, have decades of experience in the fintech, Sap, engineering and telecommunications sectors.

Eran Barak, hired as chief operating officer (COO), will specifically oversee people and operations, focusing on strengthening the company’s execution and scaling it to meet its plans for rapid growth. Barak, who holds a degree in computer science from Tel Aviv University, has held senior positions at Thomson Reuters, Amdocs and Symphony Communications.

Peter Ruchatz, who has been hired in the position of chief marketing officer (CMO), will be responsible for marketing and communications, focusing on positioning Polkadot to make it even more attractive to developers and dApps. He has worked with Software and SaaS companies, also at senior management levels, including Microsoft, Salesforce, and high-growth startups including Celonis and Veeam.

Fahmi Syed will serve as CFO

Fahmi Syed, who will lead the company’s finance department, has more than 20 years of experience in the hedge fund and asset management industry.

What does this mean for the company behind the Polkadot blockchain

The news certainly represents an excellent signal for the company, which has long been considered one of Ethereum’s most dangerous rivals, especially in a time when many crypto companies are laying off due to unfavorable market conditions.

A few days ago, the founder and CEO, Gavin Wood, had announced the expansion of blockchain governance, eliminating all so-called “first-class citizens” with preferential voting rights, such as the Polkadot Council and the Technical Committee, leaving a single class of voting participants, according to what was reported by a blog on the company website.

Last November, Jutta Steiner, CEO and co-founder of the company, had made a rather resounding decision to leave the position, which she had held since 2015, handing the scepter to Woods and leaving the company she had helped build.