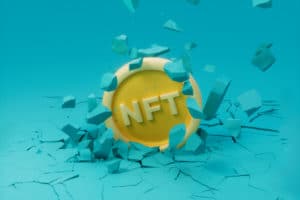 Nike, BAYC, Wimbledon, Roblox: the latest news on NFTs and the metaverse

The Ethereum Name Service (ENS) 000.eth domain was sold for as much as 300 ETH, or a whopping $317,850 at the crypto’s value at the time of purchase, marking a new sales record for this type of asset.

As reported by The NFT Magazine, the previous record was porn.eth which was sold for 184 ETH only four days ago.

As early as early May 2022, demand was already skyrocketing for ENS domains, which are basically short address NFTs that help abbreviate the long string of alphanumeric characters in ETH addresses and thus make cryptocurrency transfers easier for users.

The famous NFT ape collection has surpassed $2.3 billion in sales.

In fact, as can be seen on OpenSea, on the collection’s official page, Bored Ape Yacht Club has reached 627.8k Ethereum sales, currently over $2 billion.

As such, it remains undeniable that this is the best-selling NFT collection to date along with CryptoPunks, which, on the other hand, has made sales of 945.1k Ethereum.

Nike, together with the recently acquired company RTFKT, is releasing real versions of its virtual “Space Drip” line. This is the first sneaker the company is launching in both digital and real form.

Some time ago Nike had also launched its own metaverse, NikeLand, which had been visited by as many as 7 million people in a short time.

Wimbledon lands in the metaverse

Wimbleworld’s famous tennis tournament wants to reach a new audience for sponsors and partners, and to do so it has decided to enter the Roblox metaverse. Fans of the sport will thus be able to compete on a virtual version of Centre Court.

The post Nike, BAYC, Wimbledon, Roblox: the latest news on NFTs and the metaverse appeared first on cryptodailynews24.com.