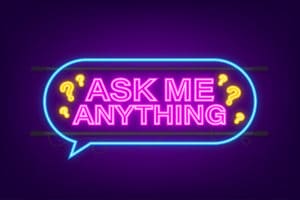 In the run-up to the launch of the first issue of the comic book Metaborg, which will take place on 7 July at 6:30 AM (EST) on the Nifty Gateway platform, Poseidon DAO on 5 July at 7:30 PM (CET) will host an AMA, The secret of Metaborg, on its Twitter page to bring to the public’s attention the peculiarities of the project, but also to announce exclusive surprise content.

Among the participants of the online event, besides Giovanni Motta, creator of the Metaborg project and artist who will speak about his art and the idea behind the project, several prominent artists and collectors such as Federico Clapis, Jesse Draxler, Raphael Lacoste, Kenshiro, and many others are expected to attend. These figures will participate not only as prominent figures in the NFT scenario, but also involved firsthand as characters in the comic book.

As anticipated, Metaborg, the first comic book by an NFT artist, will be launched with a drop of NFT works on the Nifty Gateway platform, and three different versions will be available, each with its own benefits and peculiarities that will be thoroughly described during the AMA. The first version is a 30-minute open edition in which works can be minted for $99 with no limitations per wallet; the second version at $999 will also be an open edition, but limited in number.

Third and final version, on the other hand, will consist of a 1½-hour auction at the end of which 9 works will be awarded to the 9 people who bid the most.

In addition, all participants in the drop on Nifty Gateway will be able to mint the NFT of the entire comic directly on the official website. The comic also consists of three editions, with different covers and a different number of color pages inside.

Participation in the drop guarantees access and priority on future projects in the Metaborg universe, from follow-up releases to character collectibles.

When we contacted Poseidon DAO, Metaborg’s business partner, they also revealed that surprise guests will be present during the AMA and exclusive content has been planned for attendees.