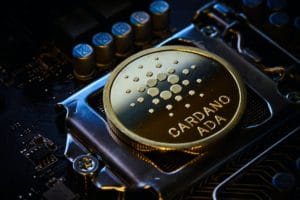 The Vasil hard fork, which is expected to increase the scalability of Cardano’s blockchain, was launched on the testnet on 3 July.

After announcing a delay in its launch a few days ago due to problems in development, the Cardano team has launched the first testnet of the Vasil hard fork, which is highly anticipated by the entire community because it is expected to significantly increase the performance and scalability of the blockchain.

The announcement was made on 3 July by Input-Output Global (IOG), the technology company behind Cardano that is overseeing the development and launch of the hard fork.

The #Vasil upgrade – deployed yesterday on the Cardano Testnet- will implement a host of widely anticipated features to increase network performance and interoperability, while bringing powerful additional smart contract capabilities to #Cardano https://t.co/7JSwLOkpWT

In a lengthy post on the company blog, the company explains what to expect from this major hard fork:

“The Vasil upgrade will bring increased functionality, performance, scalability, and interoperability to Cardano through new features and improvements”.

In June, the project managers again explain, there was the launch of the new Cardano node version 1.35.0, which is the basis for the Vasil update.

IOG developers write in this regard:

“This latest release enables the use of new Plutus capabilities after the Vasil upgrade, including node and CLI support for reference inputs, inline datums, reference scripts, collateral output, and Plutus V2 primitives”.

Once launched on the mainnet, according to the intentions of the team’s developers, Vasil should bring new scalability features to the blockchain. Among other features certainly an increased speed of block production and better “performance and efficiency of scripts”. This should bring users lower network costs. In addition, Vasil will enable interoperability between Cardano and other blockchains.

Vasil will be implemented using Cardano’s hard-fork combinator (HFC), an innovative technology that should minimize service disruptions for end users.

“The upgrade – named in honor of the late Vasil St. Dabov, a Cardano ambassador who sadly passed away in 2021 – will implement widely anticipated features such as diffusion pipelining and upgrades to Plutus – Cardano’s core smart contract language”.

The ADA token, however, seems not to be benefiting from this announcement for now, for after gaining 20% in the last week of May, precisely in anticipation of Vasil’s launch, it then quickly fell back when news came that its launch was delayed.

It now sails around $0.45, failing to break through the $0.5 barrier. Evidently, investors are waiting to see if indeed Vasil will bring the announced improvements to the Cardano network.