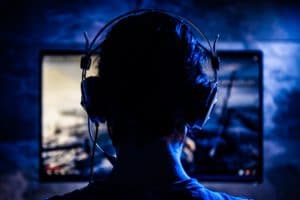 Bungie has decided to sue PayPal to obtain relevant documentation that could win it a lawsuit against AimJunkies involving copyright infringement.

Bungie seeks hope in PayPal: parties involved in the lawsuit

Bungie seeks help with PayPal documentation to win the case

Last summer, the company sued the other party accusing it of copyright and trademark infringement.

These are the parties involved:

Thus, the US company Bungie has taken legal action against AimJunkies, believing that the latter’s work infringes on the company’s copyright, harming all game developers.

Bungie’s lawsuit against AimJunkies is not the first among game developers and companies seeking to offer solution strategies to help users win more easily.

Several game companies, including Take-Two Interactive and Epic Games, have called some of these vendors to court.

Notable lawsuits certainly include that of Elite Boss Tech, which agreed to pay $13.5 million in damages for copyright infringement.

Obviously, game developer Bungie is also determined to achieve a similar result in its legal battle against cheat seller AimJunkies.

The company is suing PayPal

However, Bungie was given the opportunity to file an amended complaint containing more details about the alleged irregularities.

The game developer then undertook this second legal opportunity in order to be able to win the case against the sued plaintiff.

For this reason, Bungie decided to sue PayPal, with the specific request to obtain all information regarding the identity of the customers who purchased the cheats.

AimJunkies promptly responded by stating that the request is too broad and also outside the scope of the lawsuit.

Bungie’s request is beyond doubt strong and explicit. To limit its damage, Junkies immediately filed a motion for a protective order.

According to the defendant, the requested information, which includes sensitive private details as well as data about the wives and children of the individual defendants, goes too far and has nothing to do with the alleged scam activity that is at the heart of the lawsuit.

The defense, in fact, stated:

“It appears the goal of the subpoena is to identify Defendants’ customers as well. The identities of these customers has nothing to do with any legitimate issue in this case,” the defense writes.

Thus, AimJunkies’ goal is to succeed in dismissing the case while avoiding the involvement and disclosure of data from indirectly involved defendants.

The court has not yet responded to AimJunkies’ request, but it is clear that both sides will do everything to achieve victory.